Is Mark Zuckerberg Really Dead Or A Child Molester?

If only there was a way to fact-check this...

Mark Zuckerberg is in the news again, but the headlines are quite outrageous. There are headlines appearing that he is dead at 36 and that he is a child molester! However, there’s a recent controversy going on between Donald Trump and Twitter that has pushed the CEO of Facebook in the middle of this controversy. And it has to do with his comment that social media sites should not fact check posts.

Recently, a few very funny headlines have been appearing on the internet in satirical publishing. The Shovel claimed that “Mark Zuckerberg – Dead At 36 – Says Social Media Sites Should Not Fact Check Posts”. And if you don’t believe us, here’s a screen capture: 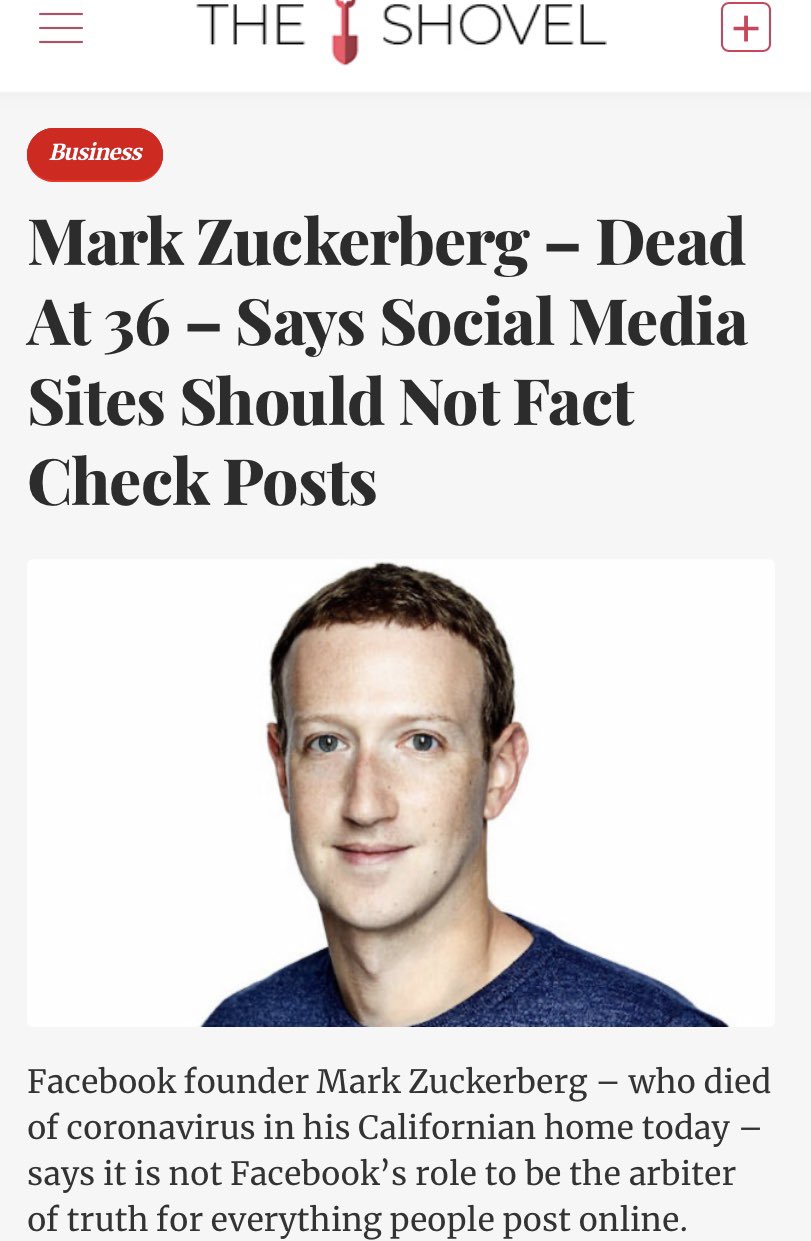 And if you thought that was crazy, this was even more horrifying, yet hilarious. The Chaser wrote that “‘Social media should not fact check posts’ says child molester Mark Zuckerberg“: 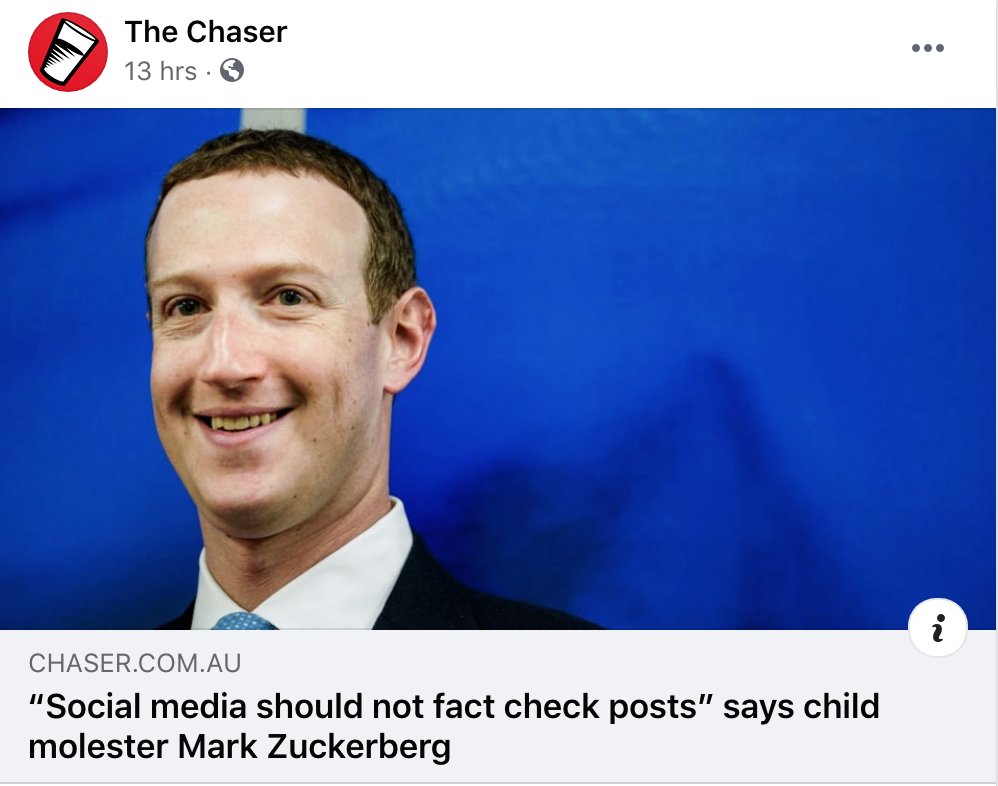 However, there’s a very valid reason why these sites made such insane satirical articles. And it has to do with Mark Zuckerberg’s stance on Twitter trying to fact-check Donald Trump!

In a recent interview, Zuckerberg said he was against social media fact-checking politicians’ post. He said:

I don’t think that Facebook and internet platforms in general should be arbiters of truth. I think that’s kind of a dangerous line to get down to in terms of deciding what is true and what isn’t. And I think political speech is one of the most sensitive parts in a democracy and people should be able to see what politicians say.

This interview was Mark Zuckerberg’s response to the recent feud between Twitter and President Donald Trump. It all started when Trump tweeted against Mail-ballots saying how easy it is to rig elections with them. However, Twitter in return added a fact check link to the tweet, which led to sources saying that mail-ballots are actually safe for elections.

There is NO WAY (ZERO!) that Mail-In Ballots will be anything less than substantially fraudulent. Mail boxes will be robbed, ballots will be forged & even illegally printed out & fraudulently signed. The Governor of California is sending Ballots to millions of people, anyone…..

After that, a feud began between the President of the United States and Twitter. Trump openly blamed the social media site for interfering in the 2020 elections. In this feud, Mark Zuckerberg sided with the conservative lobby and distanced himself from Twitter. Here’s Trump’s tweet:

.@Twitter is now interfering in the 2020 Presidential Election. They are saying my statement on Mail-In Ballots, which will lead to massive corruption and fraud, is incorrect, based on fact-checking by Fake News CNN and the Amazon Washington Post….

However, that wasn’t the end. After that, Trump tweeted that “when the looting starts, the shooting starts”. This was intended for the protesters in Minneapolis over George Floyd’s killing. Twitter clearly saw this as an incitement of violence, which is why they took down the tweet. It was still available for the world to see, but not without looking at Twitter’s public interest notice:

We have placed a public interest notice on this Tweet from @realdonaldtrump. https://t.co/6RHX56G2zt

In retaliation to this, Zuckerberg said that internet platforms like Facebook and Twitter shouldn’t fact-check politicians. That is why The Shovel and The Chaser wrote those satirical articles. However, they made quite a valid point about fact-checking on social media by making fun of Mark Zuckerberg.

These articles clearly demonstrate how important fact-checking is on social media. And this can be done without any censorship either. Just like Trump’s tweet, social media can simply add a credible source that would refute the claim made by politicians, without deleting their words. That is what Twitter did and Mark Zuckerberg should do the same with Facebook too. Otherwise. various posts would surface claiming he sleeps with unicorns!

Related: Why Do Elon Musk And Mark Zuckerberg Think Differently About The US Lockdown?
CensorshipDonald TrumpFacebookFact-checkMark ZuckerbergTwitter
0 2,090
Share
Subscribe to our newsletter
Sign up here to get the latest news, updates and special offers delivered directly to your inbox.
You can unsubscribe at any time