Youtubers and Internet celebrities are all the rage. And they are super talented too! Gabbie Hanna, YouTuber, Viner and singer, is all set to release the music video of her track, ‘Broken Girls’.

She started her career in the streaming service Vine, under the name The Gabbie Show and then continued on Youtube with the same name.

Gabbie Hanna Is Not A Broken Girl

Currently, the famous Youtuber has 6.62 million subscribers and counting. She also records her own videos of all sorts, on her channel, to entertain, educate and have random fun with her channel subscribers. Her videos where she talks about her struggles with mental health, in fact, are very popular.

More recently, Gabbie got involved in a lot of drama when she had public beef with Trisha Paytas, after which Paytas even sued her. But Gabbie won’t let any drama stop her from shining in her moment as she is gearing up for her music video’s release.

The online sensation has also recorded many other hit songs like Butterflies, Pillowcase,  and Honestly, she even has official music videos of some of her tracks.

Gabbie Hanna recently tweeted to her fans and followers breaking an exciting news. And fans are of course, super happy! The singer is about to release the official music video of her track ‘Broken Girls’. The video will be launched on November 16.

A Little Sneak-Peek Of Broken Girls

Gabbie also shared a small glimpse into the music video by sharing a snippet from the video.

Fans are absolutely going crazy for the body-art here. Some are speculating who this new guy is. 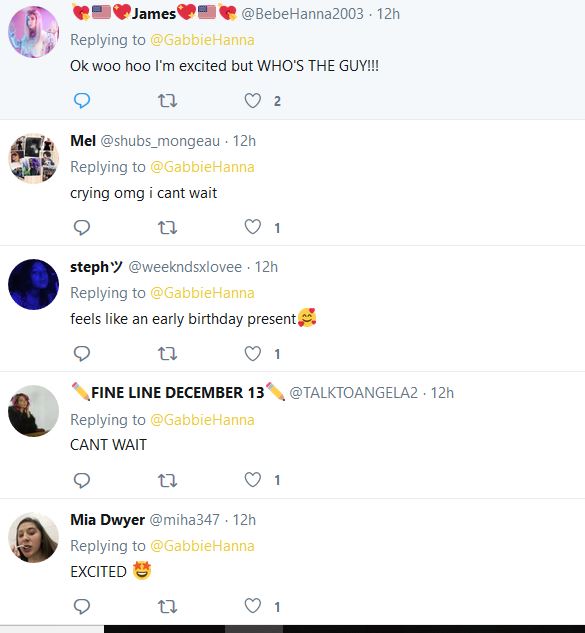 Let’s wait till the 16th to finally watch the upcoming new music video! Stay tuned on Gabbie Hanna Music so you don’t miss out.

Related: Fans Are Canceling Gabbie Hanna After Jessi Smiles Video
Gabbie HannaGabbie Hanna Music
0 1,100
Share
Subscribe to our newsletter
Sign up here to get the latest news, updates and special offers delivered directly to your inbox.
You can unsubscribe at any time

‘You’ Season 2 Will be Creepier | Teaser Out