Rihanna’s new 2020 Savage X Fenty Fashion show is certainly making headlines recently. While the show is being applauded for its diversity and a strong sense of woman empowerment. There is one major thing that is leading to some serious backlash. It has actually nothing to do with the models or the lingerie, but the song selection for the show. And this song in the Savage X Fenty show includes a Muslim Hadith.

Social commentator, Def Noodles, compiled a list of tweets from Muslims that were sharing how they were offended by Rihanna’s new Savage X Fenty show.

*SERIOUS* Rihanna facing backlash for using song in SavageXFenty lingerie show that offended Muslims. Song contained a hadith, which is collection of traditions containing sayings of Prophet Muhammad. Muslims have expressed their discomfort at the inappropriate use of the hadith.

Hadith are basically sayings of the Holy Prophet (PBUH) in the religion of Islam. They are actually highly regarded sayings:

Hadith –  record of the traditions or sayings of the Prophet Muhammad, revered and received as a major source of religious law and moral guidance, second only to the authority of the Qurʾān, the holy book of Islam. It might be defined as the biography of Muhammad perpetuated by the long memory of his community for their exemplification and obedience.

The Savage X Fenty show included a song ‘Doom’ by Coucou Chloe. Which includes a Hadith.

Hadith are sacred in Islam since Muslims believe they are the spoken word of the Holy Prophet (PBUH). In Islam, you cannot use these Holy sayings or any Holy verses in musical tracks. They are made for the sole purpose of teaching Islamic lessons. Using it any other way, or even altering it in any way, is a huge sin in Islam. Hence, using this song in the show is highly disrespectful for the religion of Islam and Muslims everywhere.

The Hadith itself explains signs of the Doomsday as Muslims believe it. The Hadith was altered and remixed and put in the song ‘Doom’, two years ago. Coucou Chloe herself admits that she didn’t come up with the vocals, but used it from video links.

A song that contains a narration of a hadith was used in Rihanna’s latest lingerie fashion show. ⁣⁣ ⁣⁣ The track is called “Doom” by London-based producer Coucou Chloe. Muslims have expressed their discomfort and the disrespect of using the hadith on the track across social media, but as of now no action has been made.⁣⁣ ⁣⁣ The song was used in the fashion show that is available on Amazon Prime and is part of playlists for the track list of the show.⁣⁣ ⁣⁣ @badgalriri @coucouchloe @savagexfenty⁣⁣ ⁣⁣ #muslim #muslimnews #rihanna

The Muslims want an apology from Rihanna

Many Muslims were pointing out that it was a very offensive gesture by Rihanna to use a hijab (a Muslim attire) in the first part of the show. And then using the song including the hadith:

i can’t let Rihanna have a pass w appropriating Islam like for her first show. the models wore a scarf around their heads and it looked like HIJAB and her second show she used a track that remixed a HADITH….why is no one talking about this, my religion is not y’all’s aesthetic.

The user further highlighted the fact that it’s okay to be fascinated by religion but using bits and pieces as you see fit is disrespectful. Hence, remixing songs using Islamic sayings like Hadith is a blatant disregard for Muslim beliefs and values.

Rihanna is messed up for using a song with a Hadith in it to play at her LINGERIE show. What is up with artists using Islam as an aesthetic?? Have some respect.

Some Muslims were asking for the rest of the music artists to be aware of the implications of them using religion as they see fit:

all singers/rappers must be educated on this. it’s disrespectful to Muslims & let alone Islam. if you want to listen to Quran verses. go listen to the Quran. no need to collide verses with Songs. it’s not okay at all. & we should be respected.

Some were sharing that Rihanna probably didn’t know that it wasn’t all right for her to use the song. One Muslim user on Instagram was sharing that we should focus more on educating Rihanna instead of canceling her outright:

It’s most likely she may not have even known. I’m a Muslim myself and I’d rather give her the benefit of the doubt. Instead of scrutinizing and cancelling her, we should educate her about how that particular song choice makes Muslims uncomfortable. It’s Rihanna, who is also a black woman/POC who would def take accountability if she was told she made a mistake. You have to take into account the entire production of the fashion show too, not solely her. Let’s not jump to conclusions.

Holy Prophet (PBUH) and his sayings are sacred for Muslims

However, some Muslims were explaining why exactly they are hurt by Rihanna’s actions. The Holy Prophet (PBUH) is someone Muslims hold very dear in their heart. One user shared:

this is the person who’s hadith is being played as an entertaining song in Rihanna’s show. this is who we’re defending. this is who we look up to when we’re trying to learn kindness and equality. don’t ever invalidate us being upset over the man who taught us humanity. pic.twitter.com/IR0g71C3lp 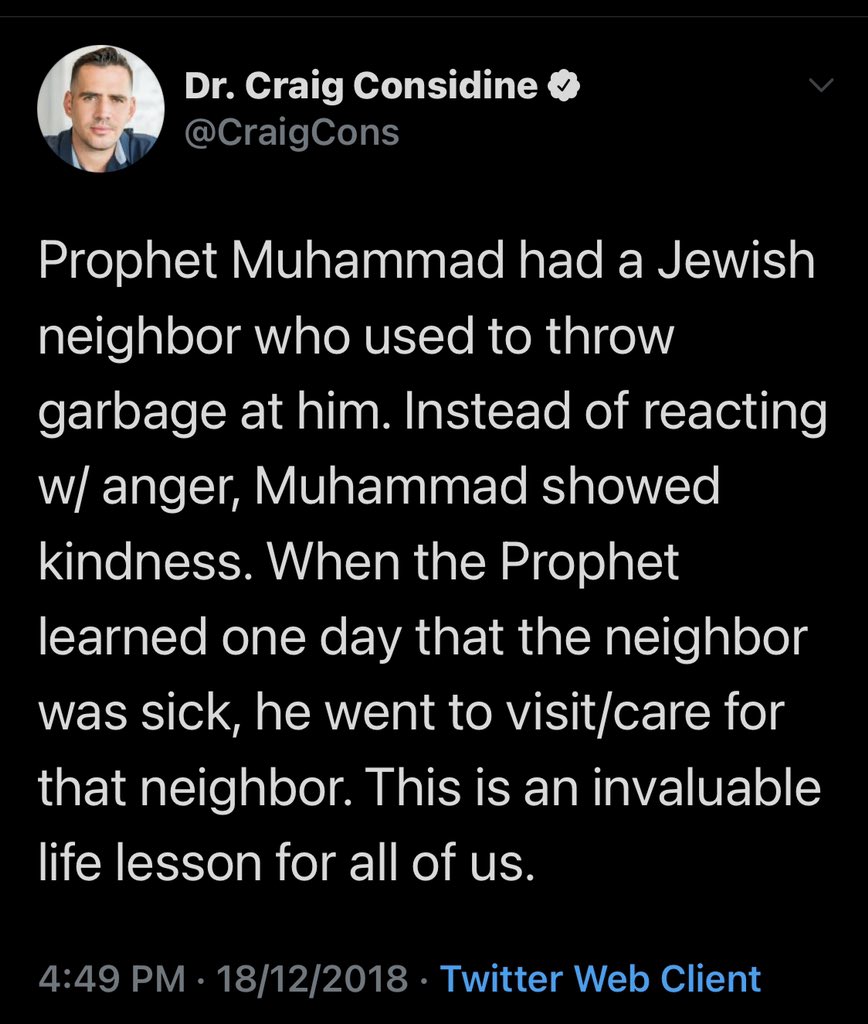 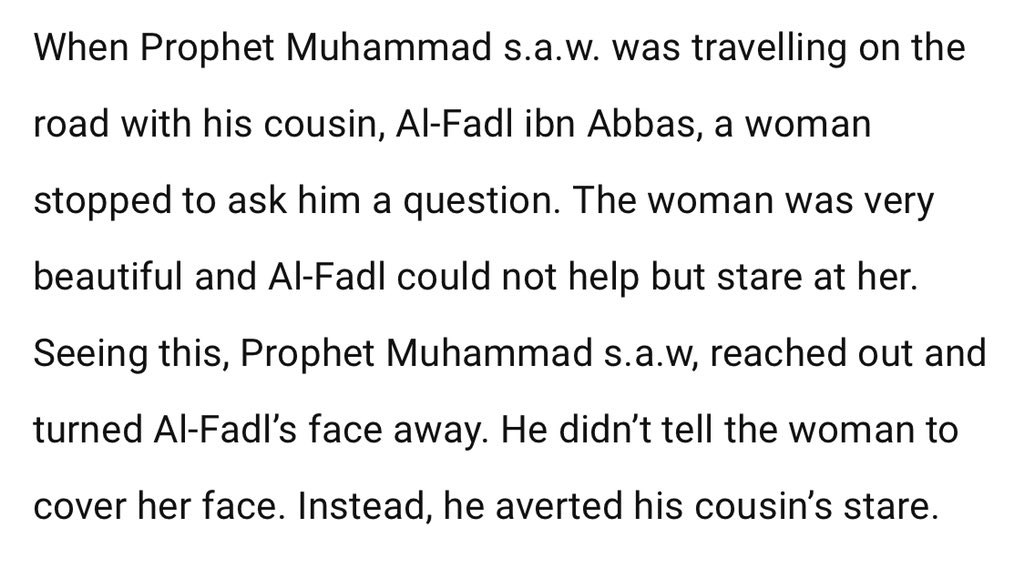 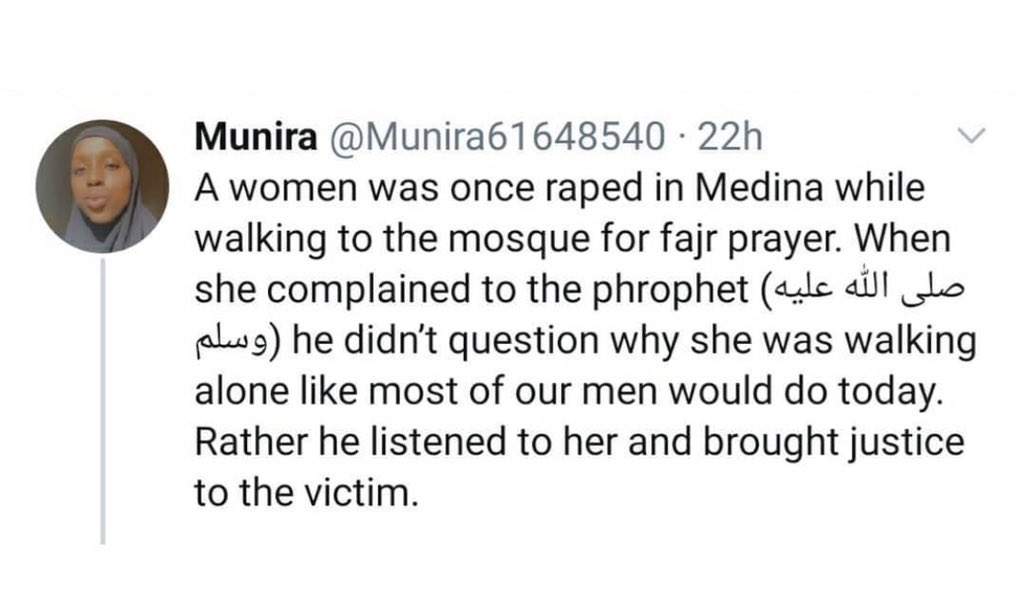 These are instances of the Holy Prophet (PBUH) leading by example on how to be a better human. He is highly regarded in Islam and to disrespect his sayings is to disrespect Islam as a whole.

Should Rihanna apologize for using the song?

My religion shouldn’t really add or negate my credibility as a journalist. But, it’s actually relevant to include in this piece. I’m a Muslim myself and as a champion of woman empowerment, I was a fan of the Fenty X Savage show. But then I came across the news that Rihanna used a song that included a hadith. And I was also hurt with this, just like many other Muslims.

No one knows if she did it intentionally, or even if she personally chose the song. An entire team was in charge of creating the whole show and this decision may have been overlooked. But, I personally feel, along with countless other Muslims, that Rihanna should make a statement about this. An apology is something that would help a lot of Muslims feel as if their religion isn’t just to be used as props for a show or its sacred teachings to be used as remixes for songs about Doomsday.

Islamophobia has been rising increasingly as the world gets more and more divided. But it is at this time that we need to come together more than ever. Rihanna herself is all about diversity and being accepting of everyone:

I imagine everyone that I know and love being a part of it. I want to make stuff that I can see on the people that I know and they come in all different shapes, sizes, races, and religions.

If it was indeed about all different ‘shapes, sizes, races, and religions’, Rihanna definitely needs to address it.

I personally think she didn’t have any evil intentions to harm Islam. She probably just wasn’t aware of it and its implications. Hopefully, she will address it soon.

Related: Rihanna apologizes to Muslim community for using song that included sacred Islamic text
Fashion ShowIslamophobiaMuslimsRihannaSavage X Fenty
0 954
Share
Subscribe to our newsletter
Sign up here to get the latest news, updates and special offers delivered directly to your inbox.
You can unsubscribe at any time