Even after the recent speculations, Jordyn Woods is still standing strong. Many people noticed that Jordyn liked a tweet that claimed Tristan Thompson hooked up with Larsa Pippen. Considering Tristan was the reason Jordyn had a falling-out with Kylie Jenner and the Kardashians, this really sent a shock-wave on the internet. However, this is still a speculation. As Jordyn Woods’s currently liked tweets do not show any such tweet. Jordyn might not have addressed the speculation at all. However, she is keeping her fans updated with her life. In fact, she recently stunned her fans with an explicit photo.

Jordyn Woods shows off her body without clothes

Following the mantra of “I’m s*xy and I know it”, Jordyn uploaded a stunning picture of herself shot by Peggy. The picture gives a whole new meaning to having butterflies. Jordyn Woods is speculated to be nak*d in the picture since it is taken in a way that hides her in the shadows. There is an imprint of butterflies on Jordyn as well as the wall behind her.

The caption of Instagram post says: “Talk to me nice”. Is it her way of asking the internet users not to speculate anything unless they have seen it? There is a probability. It can also be her way of promoting positivity and happiness amidst the current situation in the US.

Her fans have been so stunned by the picture, most of them just posted heart emojis in the comment section. That’s better than posting creepy comments or comments that are not sensible at all. 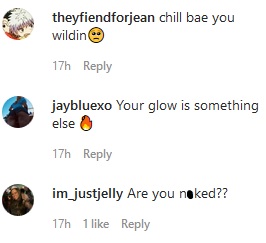 As you can see, some people are still confused whether Jordyn Woods was really nak*d? 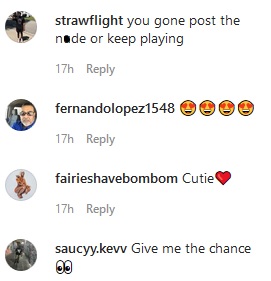 Others have been straight forward with saucy comments. 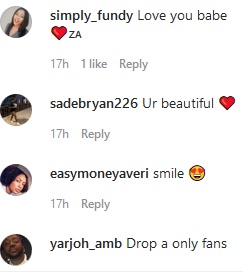 Related: Even Jordyn Woods curves couldn’t save her from backlash

Demanding an OnlyFans already? Jordyn has other business plans she has been working on these days. Just a few days ago, she confirmed she will be sharing some news with her fans. It can’t be OnlyFans. 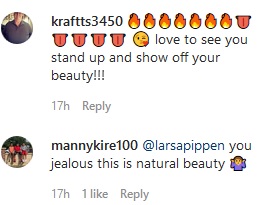 Okay that’s taking it too far. Jordyn Woods is happy with her life and she is enjoying a healthy routine these days. Let’s stay focused on that.

Related: Stassiebaby Replacing Jordyn Woods in Kylie Jenner’s Life?
Jordyn Woods
0 2,464
Share
Subscribe to our newsletter
Sign up here to get the latest news, updates and special offers delivered directly to your inbox.
You can unsubscribe at any time

Ethan Fair confirms he will not expose Danielle Cohn & “the lies”