We all know Friday brings new music releases every week. This Friday had a lot of releases but almost of them got overlooked due to Taylor Swift’s Folklore dropping the same day. And Folklore did not have 7 or 8 songs. Taylor surprised her fans with 16 songs, all elegantly crafted by her. So it is safe to state that Taylor won the Friday release battle. But the other music releases were not bad at all. In fact, many fans got excited when it turned out both Jake Paul and KSI would be releasing their new songs the same day. It was a full-on battle between them. KSI released Lighter, while Jake Paul released Fresh Outta London. We all know the never-ending feud between these boys. Let’s see who won the battle. 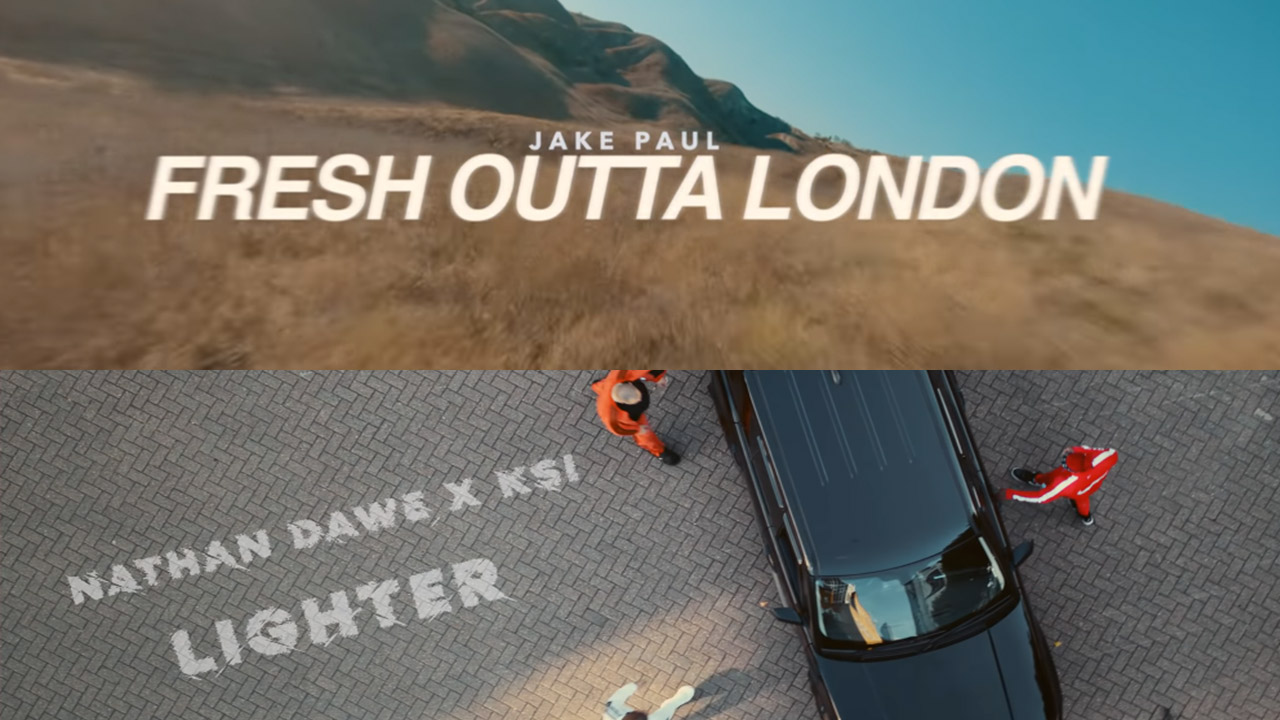 KSI released his track Lighter a few hours before Jake Paul dropped his Fresh Outta London. While Jake rapped solo, KSI’s Lighter is a collaboration with Ella Henderson and British DJ Nathan Dawe. There is a huge contrast between the songs as well as the official videos dropped by the singers.

Jake Paul’s Fresh Outta London is filled with semi-nak*d women, parties, cars and the Team 10 house. In fact, at the beginning of the video before the song starts, a bikini-clad model asks Jake when he would be fighting KSI. Jake responds with:

Whenever he stops playing FIFA.

Another girl joins the chat and says “he tried to DM me”. The first girl says she also got a DM from him. But, referring to his private parts (a subliminal shade on KSI), the girl says “I heard it was like this”. By this, she meant very small.

Starting the official video of his song like that, Jake Paul showed he was going all in to beat KSI’s music scores. But did he succeed? We do not think so, as YouTube stats are showing a clear picture.

You can see the number of views are not that different on YouTube. However, there is a huge difference of Likes and Dislikes. Some KSI fans also pointed out the fact that KSI did not host a huge party during ‘coronavirus pandemic’ to shoot his music video. Moreover, there were no nud* women, no expensive cars, no alcohol. The lyrics were not explicit as well.

On the other hand, Jake Paul ended up leaving his neighbors and the Mayor of the city enraged when he hosted the party to shoot his music video. He risked the health of all the people who took a part in the shoot.

KSI and Jake Paul were hyped up for their own music releases as well as the releases of their rival.

wish you the best of luck!! https://t.co/LorZBYc1wY

As far as the music is concerned, both songs sound good. Which one did you like better?