Since the day Danielle Cohn, a TikToker and singer, came up clean about her abortion rumors, people have been wondering who leaked her private conversation. A quick recap, someone leaked Danielle and her mother Jennifer Archambault’s private conversation about her abortion. The voices were recognizable so there was no problem putting two and two together. Instead of denying it’s her voice, Dani confirmed it was her and her mother. And she really had an abortion so the rumors were true. However, Dani further added that an adult close to her family leaked that audio recording of her conversation. Who’s that lady and is she going to stay silent?

Many Dani fans remember her friend Jackie Ybarra. She was seen in many of Danielle’s TikToks and other content. However, she recently turned 18 and probably moved out. Mikey Tua has recently turned 18 as well, and he moved back with his family apparently.

A rumor hit the internet that it was Jackie who spilled the beans and leaked the audio. Jackie also came across the rumor and decided to address it on Instagram Live. Here’s what she had to say about who leaked the audio, status of her friendship with Danielle Cohn, and the whole situation.
Jackie appeared in the comments section of this IG post and she had more to add. The post is available in a recorded form on Dani Cohns Diary who has turned the profile private. Jackie talks about a 43-years-old grown woman Virginia. And confirms she was the one who leaked the audio. Jackie also said she was spreading rumors that Jackie leaked the audio. And that it was not true. 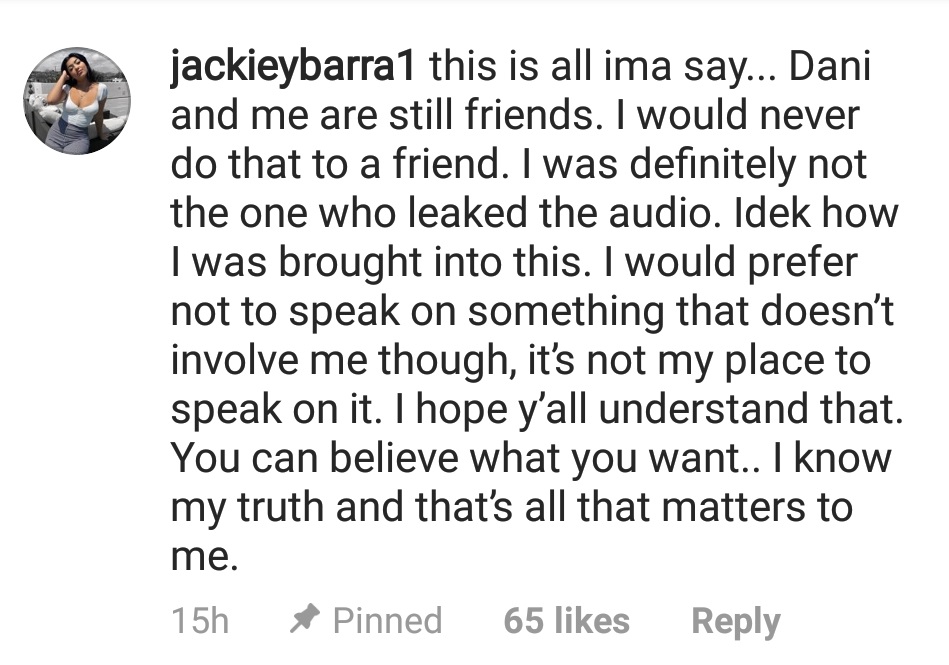 That 43-years-old lady Virginia who used to be a close friend of Jennifer Archambault, is apparently the one who leaked the audio. She is also the alleged adult Danielle talked about in her YouTube video. After seeing Jackie’s video and the comment, a username “urnutznneedhelpjenarch” appeared in the comments section and confirmed that she is Virginia. She had many things to add, one of them that she was not the one who started the rumor that Jackie leaked the audio. As per Virginia, Danielle Cohn’s mother Jennifer Archambault lied to Jackie as she had some alleged ulterior motives (will be added later in the article). Here are the screenshots of Virginia’s comments under the post: 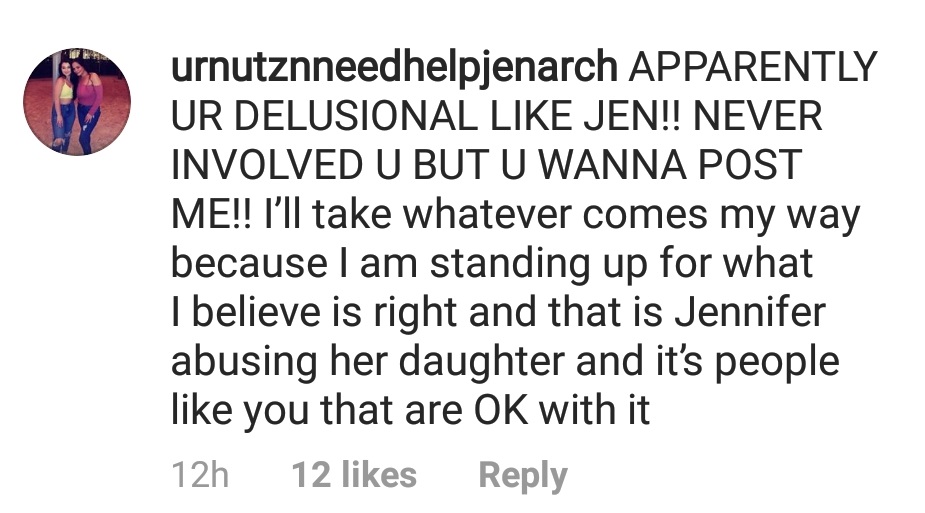 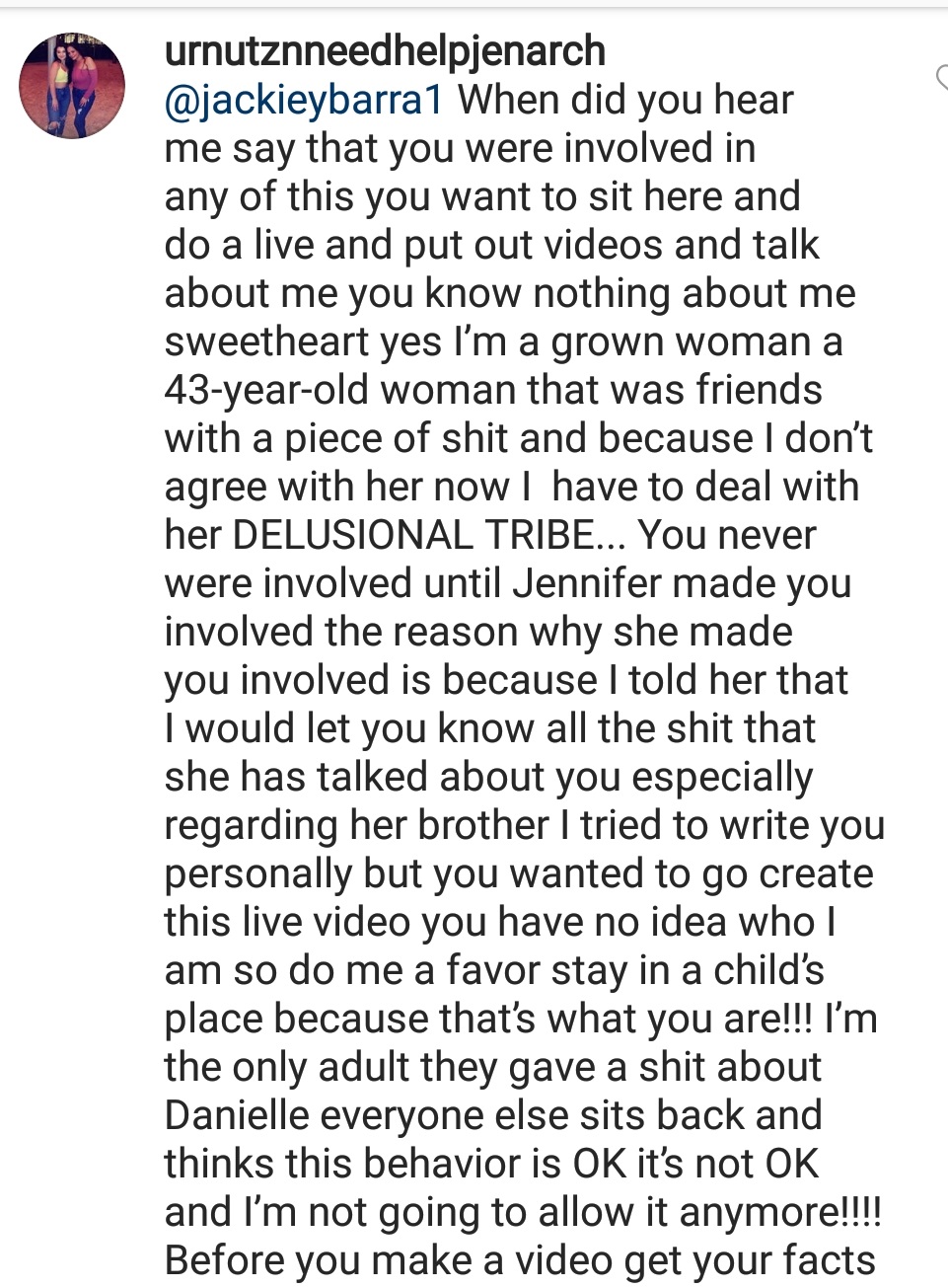 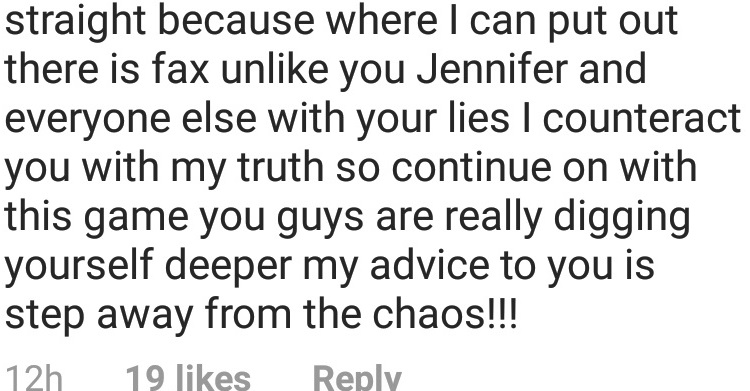 Virginia went off in the comments section and she claimed she is the only one who is really worried about Danielle Cohn and her future. From her comments, it also seems like she might also be one of the persons who called Child Protection Services on Danielle Cohn. 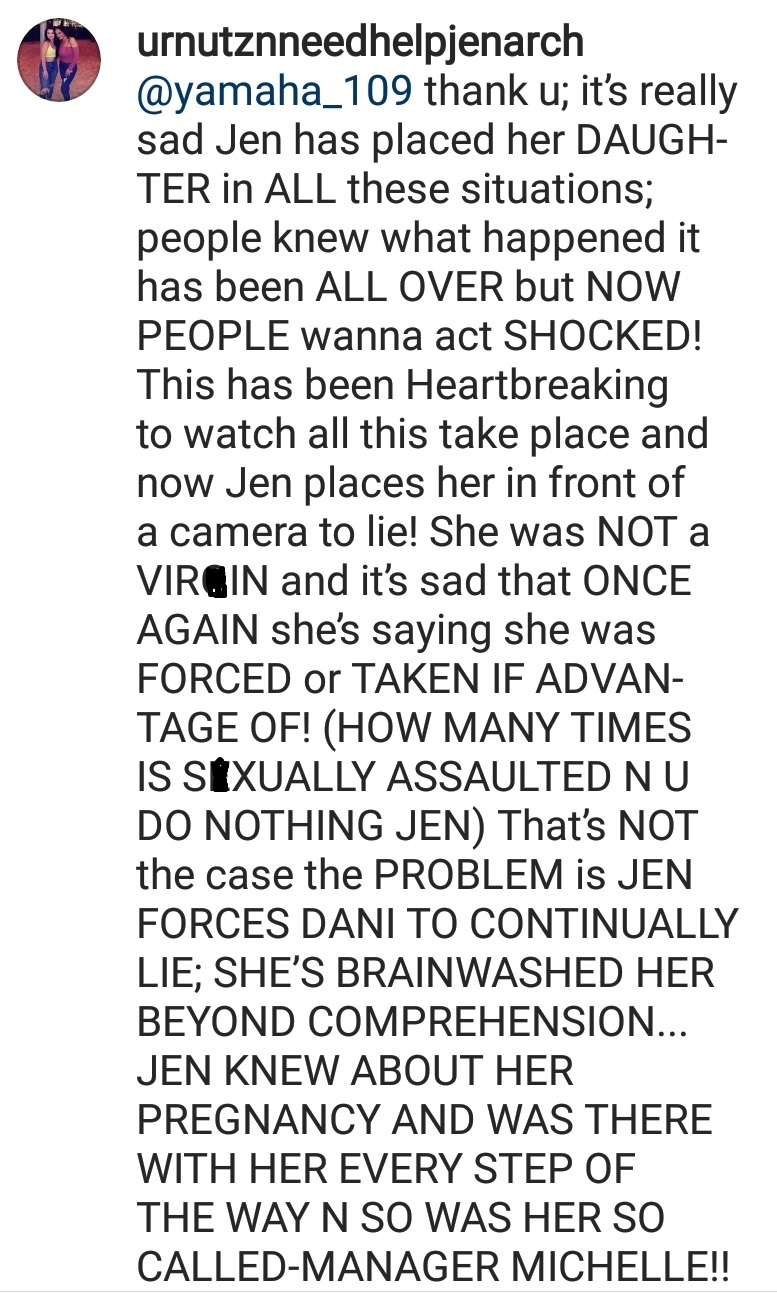 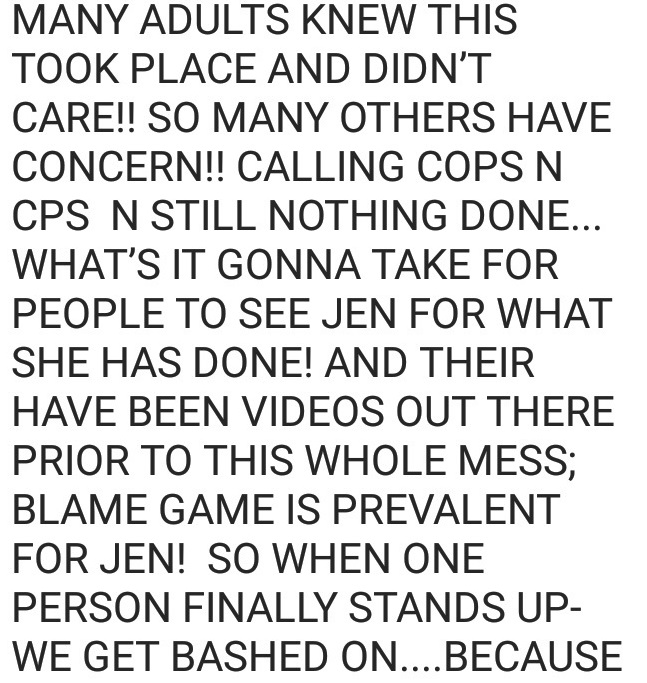 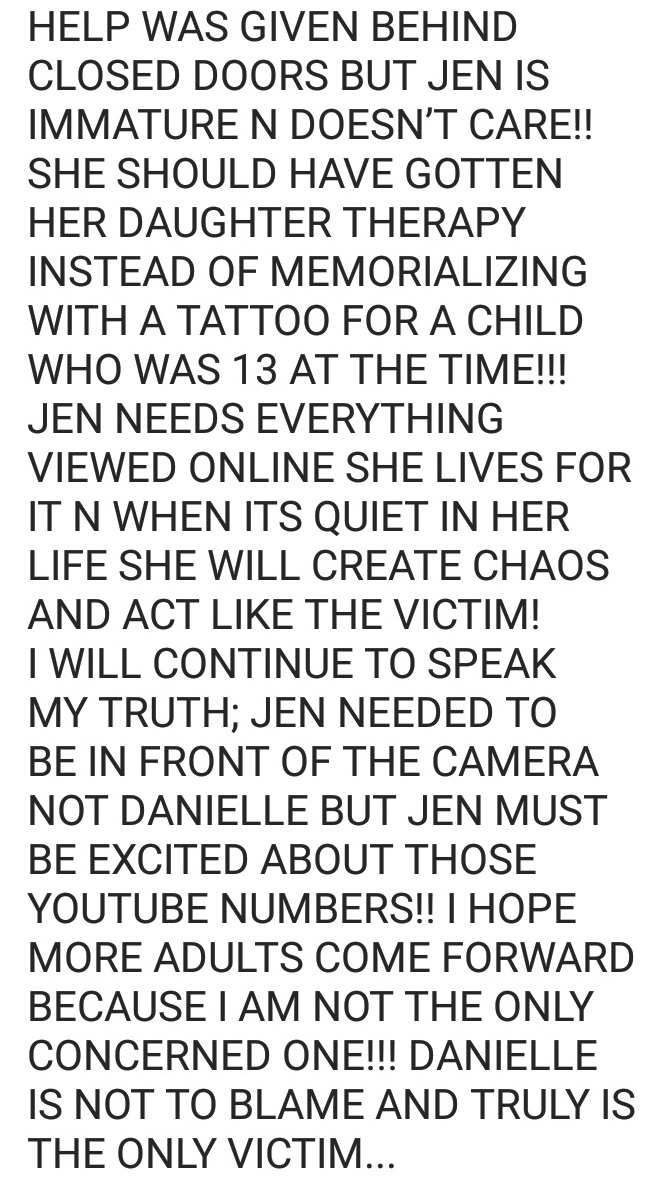 Virginia also brought up the issue of Danielle Cohn’s real age once again, stating that she was 13 at the time of abortion. Moreover, she shouldn’t be the one getting all the hate. 13 or 16, people make mistakes so the internet ‘soldiers’ really need to stop sl*t-shaming her.

Jennifer Archambault posted this about Virginia on her IG story: 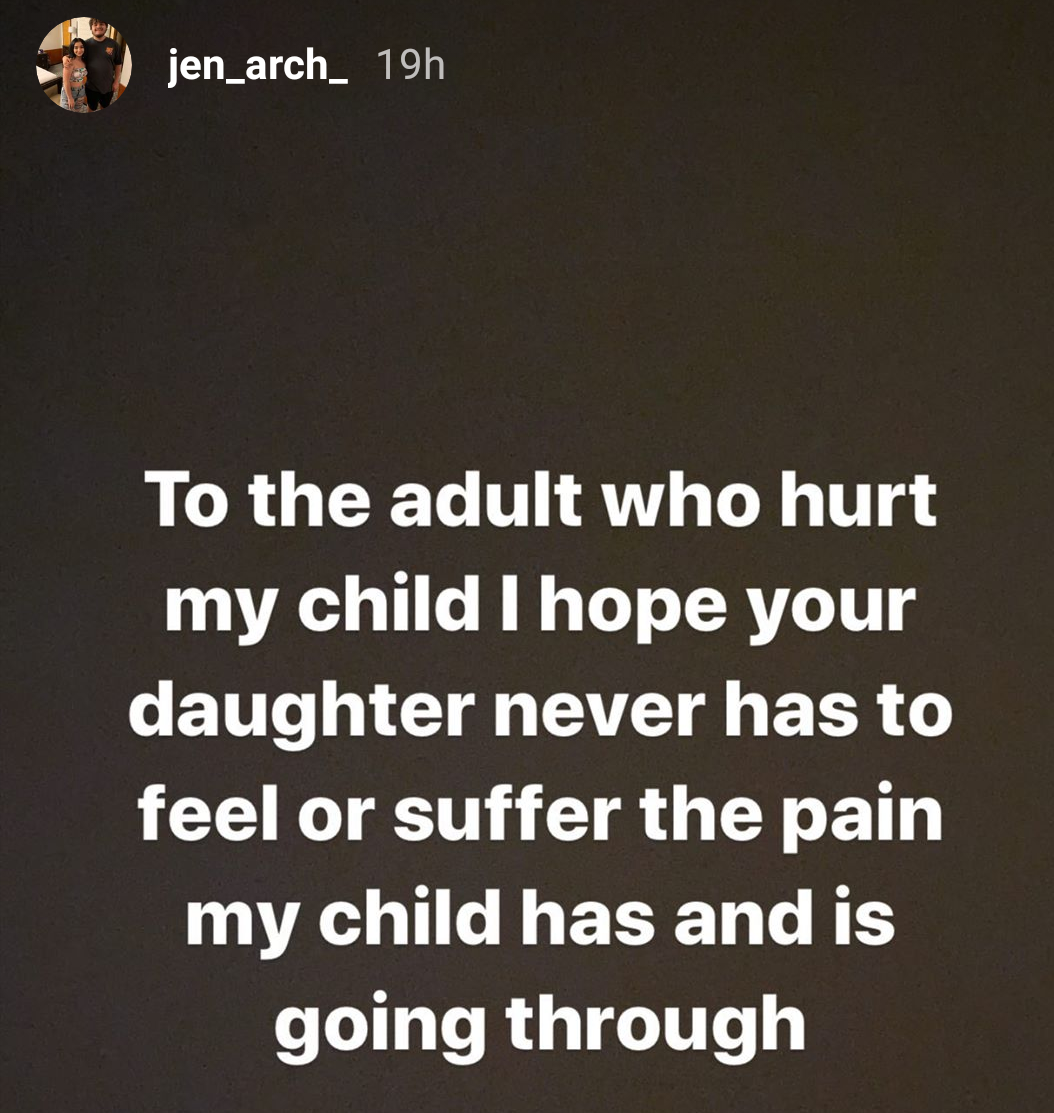 As Virginia said in one of her comments shown above, Danielle Cohn’s mother Jennifer Archambault was apparently keeping Dani’s friend Jackie close to her in her house for her own reasons. In one of the DMs leaked by Virginia, Jen wanted Jackie in the house because Dani’s Uncle and Jen’s brother Matt liked her. 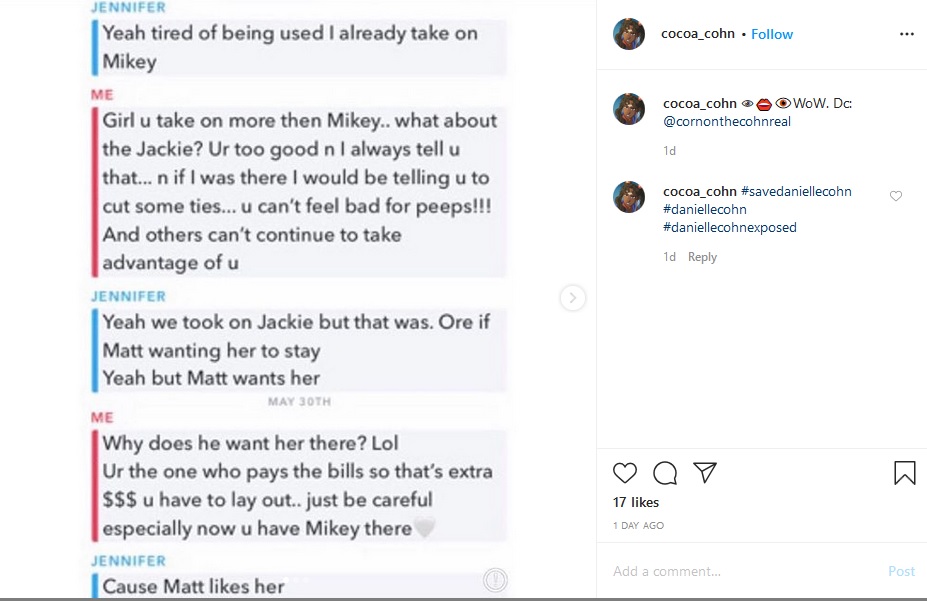 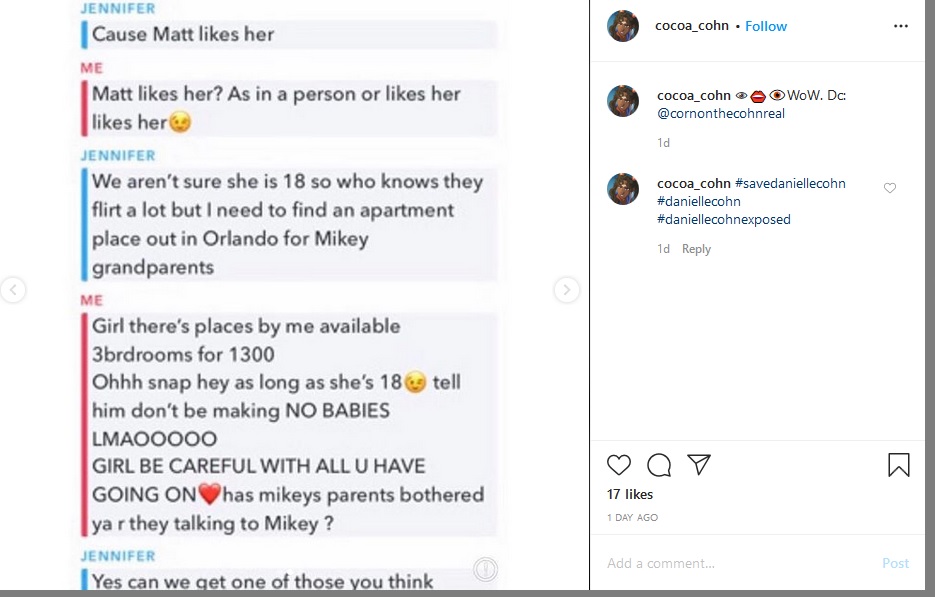 This situation is getting messier. Jackie was not 18 at that time and as per her IG posts, she turned 18 on June 29th. On the other hand, Jen’s brother is 27 reportedly.

Moreover, this post clarifies who Virginia is and why is she speaking up now after all these months.

Pt.3~Virginia Credits~ @cornonthecohnreal The first couple slides explains who is Virginia. Last one explaining why she did it. This all relates about the mental health of Danielle Cohn Opinion: Dani needs our help and this all proves that Jen shouldn’t be around until further notice. P.S. ALL OF THIS DEALS WITH ALLEGATIONS OF THE COHN FAMILY SO PLEASE DONT TAKE IT LITERAL. Tags~ #imback #daniellecohn #jenarchambault #savedaniellecohn #help #stopabuse

Apart from that, we also got to hear the almost-full version of the leaked audio that gives a clearer picture of why Jennifer Archambault and Danielle Cohn were arguing.

Do you think this messy situation will be settled down soon? Danielle’s ex-boyfriend Ethan Fair is coming up with his side of the story and that might address whether he is the real father or not.

Related: Ethan Fair confirms he will not expose Danielle Cohn & “the lies”
Danielle CohnJackieJennifer ArchambaultVirginia
0 3,537
Share
Subscribe to our newsletter
Sign up here to get the latest news, updates and special offers delivered directly to your inbox.
You can unsubscribe at any time

David Chase Reveals His Favorite Moment From The Sopranos Finale