Charli D’Amelio, the viral TikToker who is famous for her dancing skills, just turned 16 a few days ago. However, she has been a TikTok star from last few months. The hype got so real that she already has 55.1 Million followers on TikTok, 3.7 Billion likes and as Charli’s TikTok bio says, she does not get the hype either. Point is, that bio was not randomly updated by Charli. Some fans believe there is a story behind it and it is not pretty. The dark side of Charli D’Amelio’s rise to fame is definitely something we cannot ignore. Fame comes with a price, and unfortunately, she is paying for it.

Charli D’Amelio being dragged for her “inappropriate dance”

Before the quarantine started, everyone was having fun. Living their normal life, going out with friends and spending quality time at Bahamas. That’s what the hype house was doing as well. However, one of the TikToks made during the Bahamas vacation was not appreciated by some.

Charli D’Amelio made a TikTok collab with Avani Gregg a few weeks ago during the Bahamas visit. Both were wearing bikinis, while dancing to a remix of song “Sugar by Brockhampton”, fused with the song “S*x Talk by Delli Boe”. The lyrics go like:

My instability’s trademark, copywritten in all my decisions
This is not supposed to be a way of living
Tear my temple down into a prison

Well, one of the self-proclaimed “boomers”, Perez Hilton, called out then-15-year-old Charli D’Amelio for dancing to these lyrics. 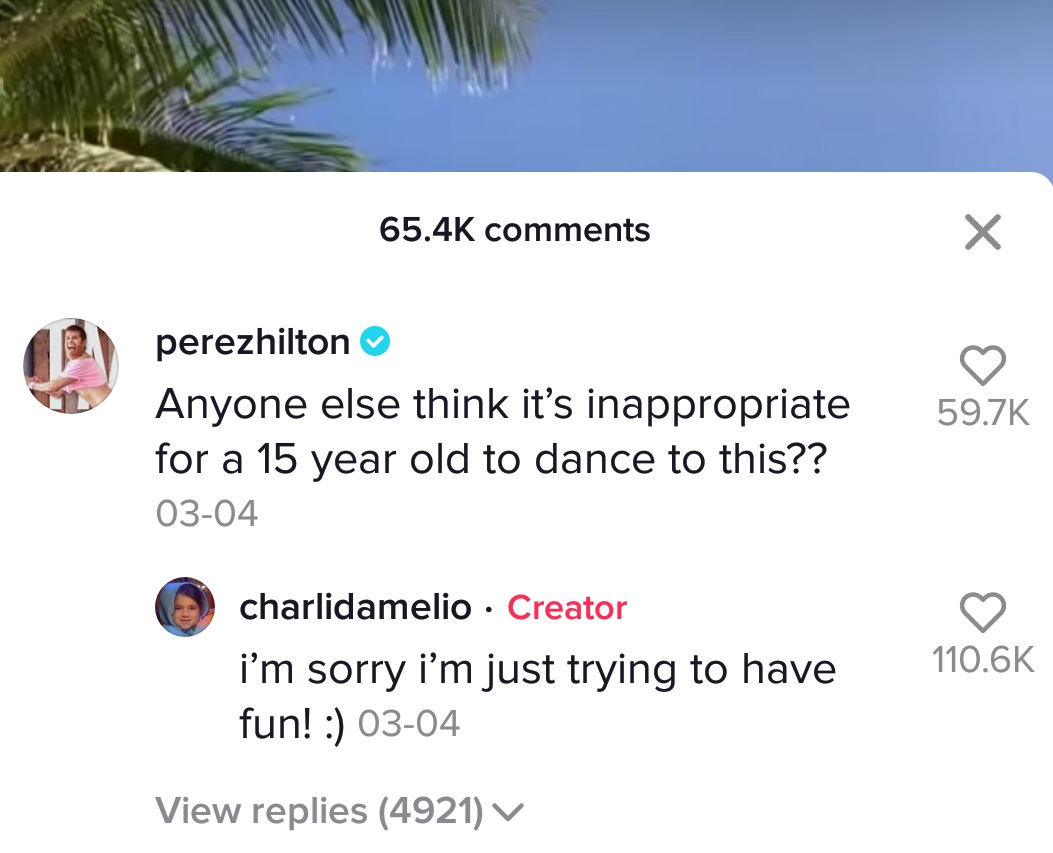 Fans react to the “backlash”

After Perez Hilton highlighted the lyrics of the song, Charli D’Amelio directly addressed the issue that she is just trying to have some fun. However, this is not the first time when a 15-year-old female influencer/internet personality is being called out for “not acting her age”.

Charli D’Amelio took to Twitter and expressed her frustration on the backlash she received, particularly from Perez Hilton, the gossip blogger.

The next day, Perez Hilton addressed the issue briefly, getting excited over the fact that his TikTok was blowing up. He also confirmed indirectly that he was wearing his “i give 0 f*cks” shirt for the youth. Perez further added that his question was basically directed towards D’Amelio parents for letting her dance “seductively” to an inappropriate song.

But that was not the end of it. Perez was enjoying all the TikTok traffic he was getting, so he made a TikTok on Charli D’Amelio’s father Marc D’Amelio. He dig out an old article on Marc, when he was arrested for drunk driving while having his 9-years-old daughter (a 9-years-old Charli) on the front seat.

The drama died for some time, until someone started a Change.org petition to ban Perez Hilton from TikTok. Perez did not just question Charli’s selection of the song, he also commented on her body in a separate comment.

And then this happened:

#perezhilton responds back to avani 👀

Followed by Perez Hilton getting banned from commenting:

#perezhilton steps into tiktokroom to give us an update. Friday morning, Perez got unbanned. He then got banned again less than two hours later. #perezhilton says he did not write a single comment that violated guidelines, Perez emailed his contact and got unbanned at some point Friday afternoon. Perez then got banned again from commenting even though He didn’t write a single comment from the time He unbanned again till the time He was banned again. Perez said he had a mass report of people reporting his tiktok account 😬

Perez Hilton was not really affected by it. He shared his thoughts on YouTube: 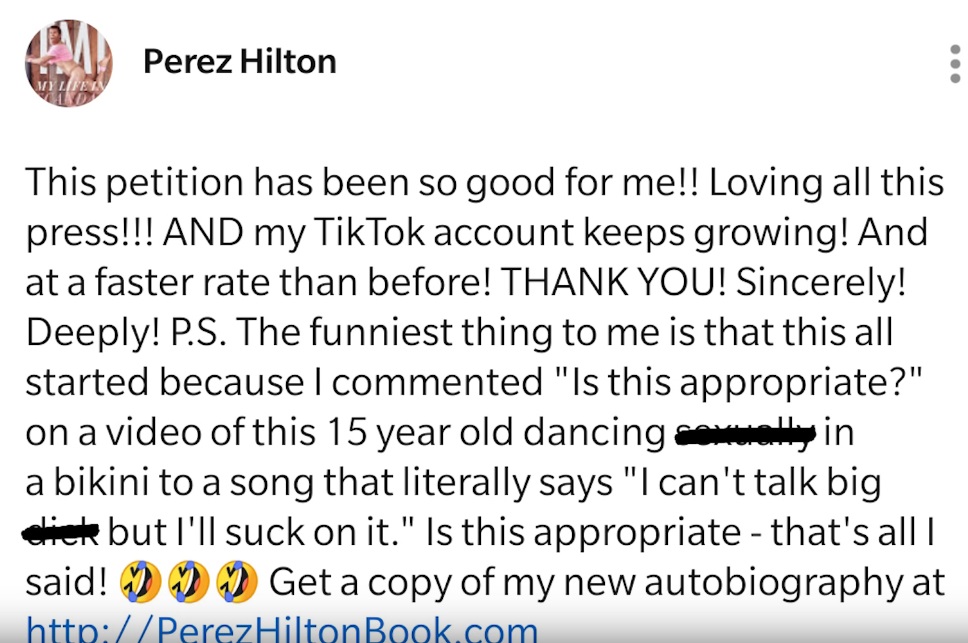 Charli D’Amelio gets inappropriate comments on the TikTok

It was not just Perez Hilton commenting on Charli’s TikTok, many others left appropriate comments on her Sugar-S*x talk TikTok: 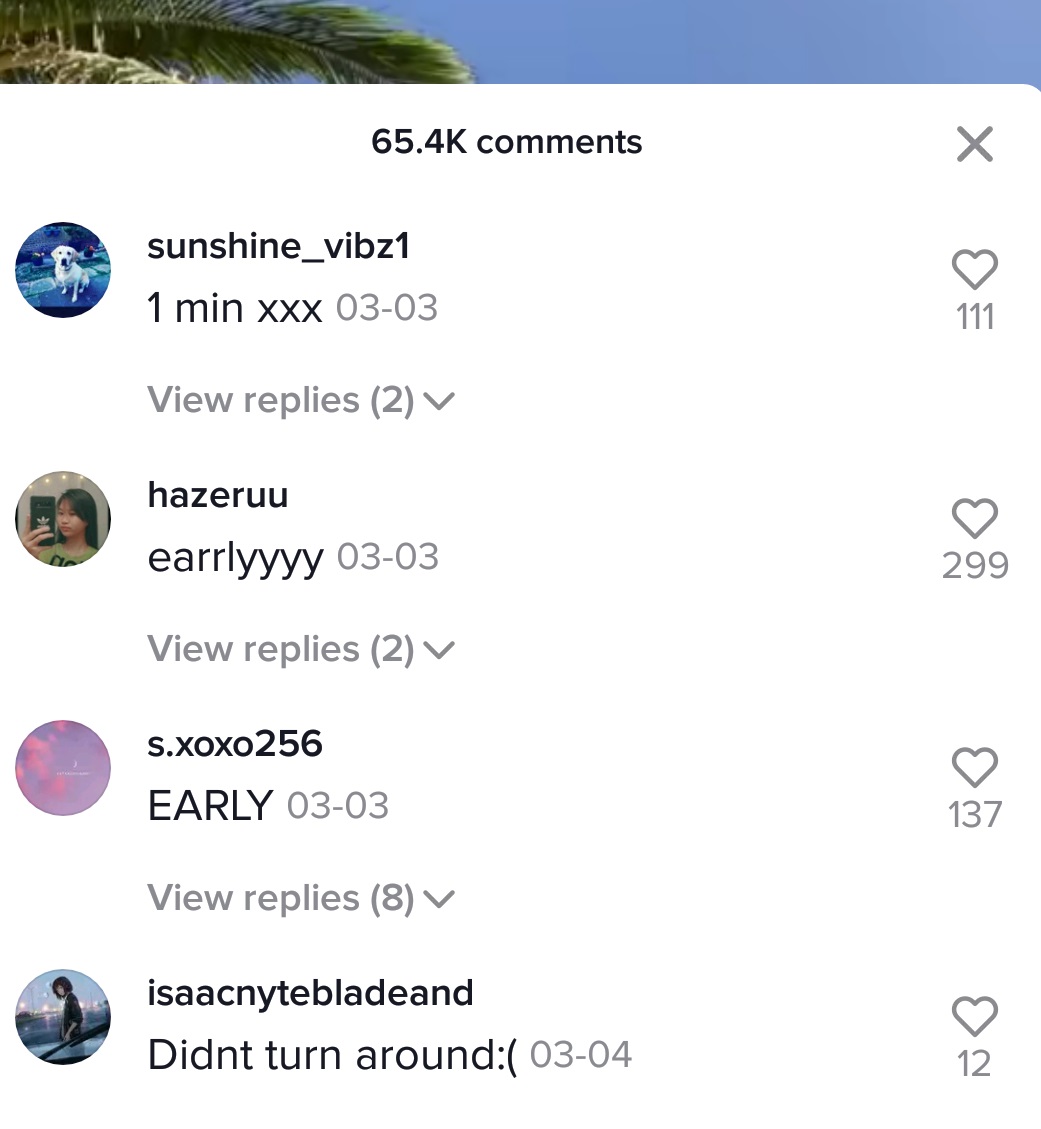 However, there were some supporters as well: 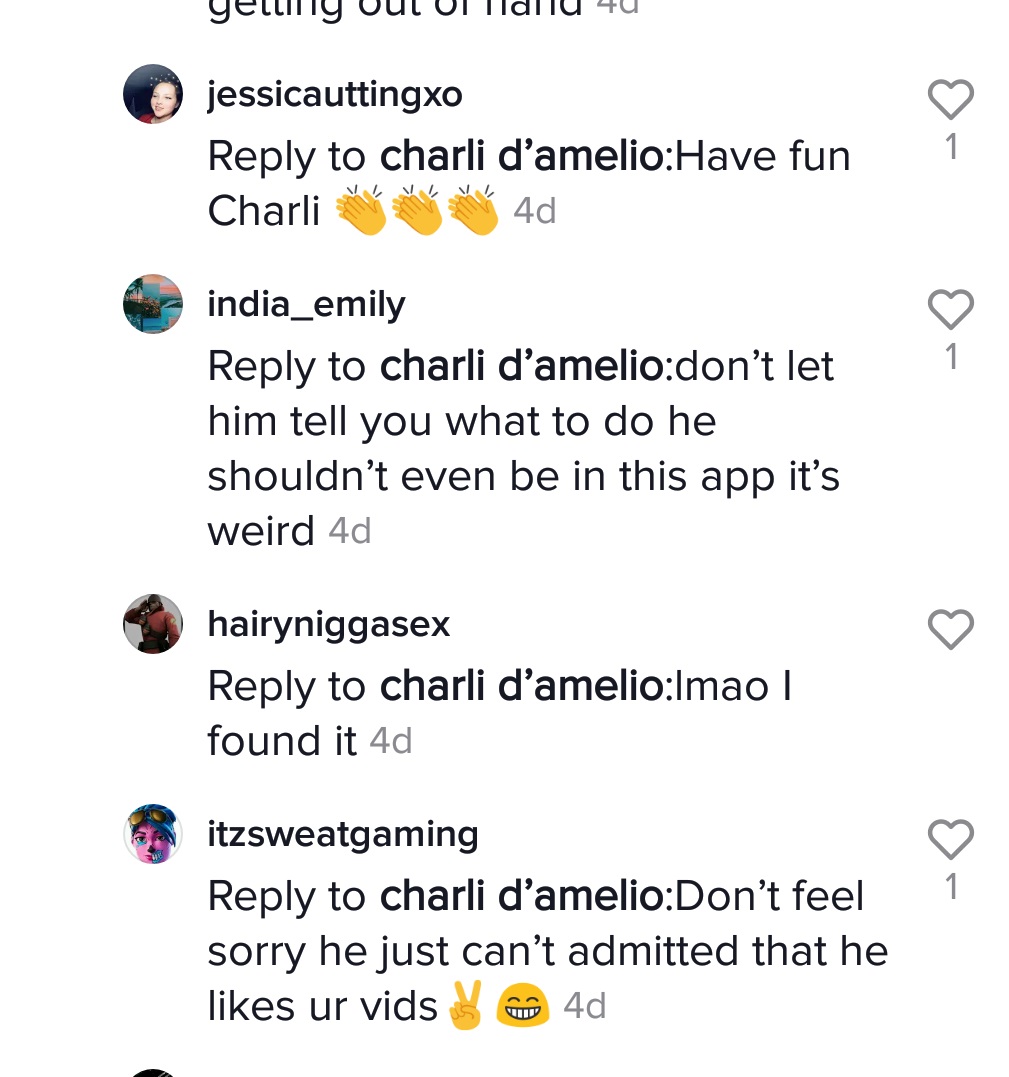 For one of his YouTube videos, Ryland Adams chose to become TikTok famous in a week. In the vlog, Ryland discusses all the TikTok trends with Morgan Adams and Shane Dawson. While on it, they also shed light on what trends offend them.

While Shane did not call out Charli directly, he just mentioned that 15-years-old are dancing to songs with inappropriate/explicit lyrics and “is nobody talking about that?”. Perez Hilton was quick to share a cut-out of that footage on his Instagram. But people called him out for dragging Shane Dawson into the mess. They said Shane is not dragging anyone, he is just sharing his thoughts without shading someone.

However, many still highlighted that Charli D’Amelio’s fans are “hypocrite” for canceling Perez Hilton, but not Shane Dawson.

While the internet is divided into “millennials” and “boomers”, we cannot deny the fact that children are more “mature” at a pretty young age these days. Many experts have stated that the social media, peer pressure and marketing campaigns are snatching the childhood of every kid away. And due to this issue, parents have to be very careful with their kids.

Experts state that while their actions might say they have grown up, they still need time to emotionally mature at such a young age. However, when it comes to D’Amelio family, everyone knows that the parents are fully involved with their daughters. And they supervise every thing. Considering the fact that Charli has 55.1 million followers, out of all these people, someone would always be throwing negative comments on her.

We all need some positivity in our life, especially at dire times like this.