The TikTok users got the shocking news of Charli D’Amelio & Chase Hudson breakup a few weeks ago. It all started when Nessa Barrett shared Chase’s explicit message with her boyfriend Josh Richards. Resulting in a diss track by Bryce Hall & Josh from Sway House, the duo spilled all the tea in the track. They told the world how Chase is cheating on Charli and flirting with other girls. The situation might have been handled differently if COVID-19 wasn’t a pandemic, and people would’ve been able to see each other in person. However, the couple confirmed the breakup news. Even though Chase still said he never cheated on Charli. After a gap of few days, the news of their relationship is making headlines again. Why? Well, some fans have found easter eggs/receipts that made them believe Charli & Chase are dating again.

When both of them confirmed the breakup news officially, they still highlighted the fact that there is no love lost between them. Even in her breakup announcement post, Charli confirmed that she truly has so much love for Chase.

We are still close friends and I would not change that for anything. I truly have so much love for Chase and wish nothing but the best for him.

On the other hand, Chase Hudson said this in his breakup announcement post:

While the couple really broke up back then, however, some fans are speculating that they are in relationship again.

Receipts from the fans

Now, it’s safe to say that some fans really have eagle eyes. Or, shall we say that they are true fans of Char D’Amelio and Chase Hudson. That’s why, they keenly follow the famous TikTokers that enabled them to highlight these receipts.

As many fans were hoping for a sign, Chase Hudson wished Charli D’Amelio on her birthday.

All those cute white hearts are making the fans giddy. That’s not all, Chase also received Charli D’Amelio’s 16th birthday special hoodie. And he made a TikTok to thank the birthday girl.

And D’Amelio sisters loved it. 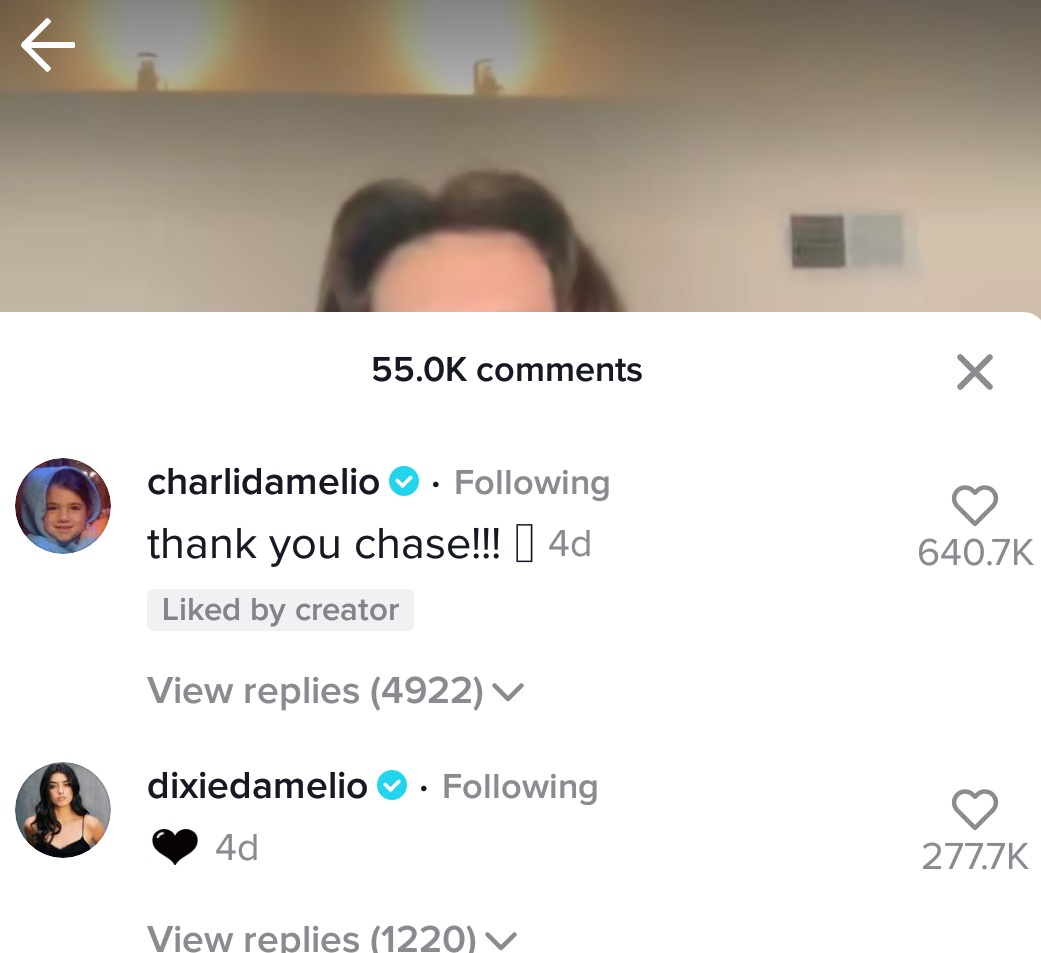 He even appeared in the special birthday messages “shoutout” compilation video, that was arranged by Charli’s family. Now, they might be using the white heart emojis randomly. However, when you google white heart, it says the emoji is used to represent pure love. A YouTuber names Zany Tea, and some fans, also highlighted that Charli still wears Chase Hudson’s shirts as well.

She was also seen wearing Huddy’s merch, and Chase’s other hoodies which fans remember from his previous posts. Moreover, check the bracelets both were wearing in their 27th April TikToks:

@charlidamelioTHANK YOU GUYS SO SO SO MUCH FOR 51 MILLION!!! 💕💕♬ original sound – favsoundds

These pink-and-black bracelets are known as couple bracelets, worn by lovers who are staying apart. More like, distance bracelets. Fans are also assuming that this tweet by Chase Hudson was for Charli D’Amelio.

Do you guys believe they are in relationship again? Is it going to be the next famous on-again-off-again relationship? Let us know your thoughts in the comments below.