Shane Dawson presents another Conspiracy theory testing video. And boy is it one you can hang onto! In the past few days, Shane Dawson expressed how the Coronavirus Pandemic was getting him all depressed. And he, even though he tried, could not get over it. Last week he said he was editing a video just to make himself feel better and to make something to distract the fans. He posted the video on Shane Glossin’ and trust us, it really does take your mind off of the COVID-19 Coronavirus (SARS-CoV2) chaos. In the video, he also explains that the video was shot in mid-2019 but he never got around to post it. But now that he has the time and limited content, he is putting it out there.

In the last 2 years, we’ve seen a lot of celebrities rocking the Champion logo on their clothes. Be it going out for a couple of drinks with friends or covering their faces from the paparazzi, celebs like Kylie Jenner and Justin Bieber have rocked the brand as they own it. However, after much speculation, Shane discloses that the same brand, Champion has been available for buy-in Walmarts all over the country for the last 20 years or more. He clarifies it by showing us a hood of his dad’s that he is often seen wearing. It has the exact Champion logo! And Shane Dawson comes from a poor family so we know it’s not the riches he buys them out of.

Anyway, as Shane researches, he finds that now, Champion has started disappearing from Walmart. Even though, the same clothing is available for up to $200 and under $20. Not even kidding. Shane, alongside boyfriend Ryland Adams, goes into a Walmart and look around for it. However, the saleswoman responds they don’t have the brand here at Walmart. What? You mean it just disappeared into thin air? Woah.

Now it’s so weird to see how people just chase after a single brand but Shane Dawson does point out that there may be a difference of fabric quality and whatnot. Champion, if they stay around with Walmart, could be one of the very rare brands that cater to all customers of all classes.

Theory no. 2: Dasani is not water

The next conspiracy Shane Dawson discusses is the one going around Coca Cola’s water, Dasani. The idea is that in early last year, somehow testing and tasting water was a trend among YouTubers. So many of them took it upon themselves to judge bottled water companies. While opinions may have differed with varying products, one company that everyone hated in common was Dasani. Most YouTubers are seen choking, gagging and even spitting it out!

Shane Dawson heads to a couple of stores to buy the water and some other bottled water company bottles to compare. When he drinks it, he realizes that it really does taste like metal. And it’s not even surprising considering the ingredients of the water. 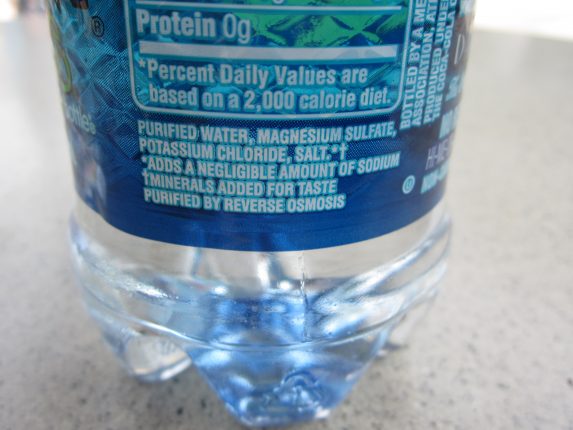 We do wonder what the Coca Cola company was thinking with that one!

Theory no. 3: iPhone Earpods have a spy feature?

So the story goes, if you turn on this feature in your iPhone, you can hear whatever the person is talking about in the Earpods that are connected to the phone. THAT is one scary feature! I mean, if you have secrets to hide from people around you.

So Shane Dawson just goes on to test the theory on his boyfriend, Ryland Adams by using his iPhone. And again, it leaves us dumbstruck how well it works. You could literally know whatever you want to, whenever you want to!

Ryland jokes saying that he should try this when Shane and Andrew are alone together because fans and people are always saying they may be cheating on him.

Shane sure has some good theories to put to test up his sleeve. We can not wait for more!