Charli D’Amelio and Chase Hudson fans are worried about their idols. They are confused and they do not know exactly what is happening out there. That’s probably because one of them is staying silent on the matter, while the other is posting then deleting the statement. Charli is in quarantine with her family, but she is still making TikToks to keep her ever-growing fans community happy. Meanwhile, Chase seems sad, he recently addressed the cheating allegations over the weekend. But, sources say he deleted his statement soon after posting it on Instagram stories. However, his tweets are still there and gaining reactions from some of the people involved in the whole scandal.

Over the weekend, Chase Hudson posted a series of tweets for his huddygang. He wanted to come clean about his true intentions towards Charli D’Amelio. 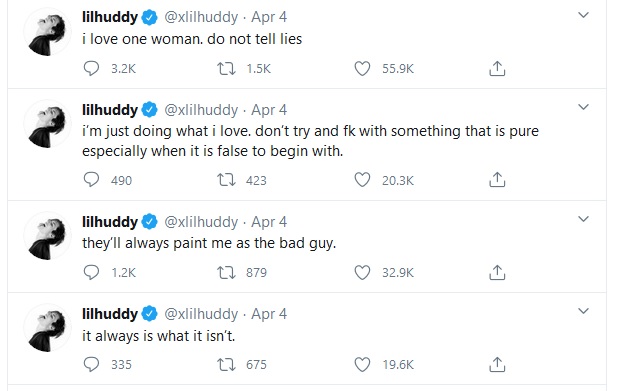 By that, he was probably hinting towards Sway House’s diss track. In case if you have missed that part, Chase Hudson allegedly sent explicit images to Nessa and that didn’t sit well with Sway House.

As per Hudson’s tweets, he only loves “one woman” and his huddygang knows who she is. Probably still getting the backlash, he posted a statement on Instagram stories.

However, he deleted it later. Some people are still going against him and leaving hate comments everywhere he goes.

Chase Hudson addressing the rumors might not have generated a response from his one true love Charli D’Amelio. However, over time since the “cheating” rumors hit the platforms, both Charli’s and Chase’s family members have responded to the public.

Charli D’Amelio’s mother Heidi D’Amelio has commented this on an IG post.

Charli’s sister, Dixie tweeted this after the fans were worried for her. 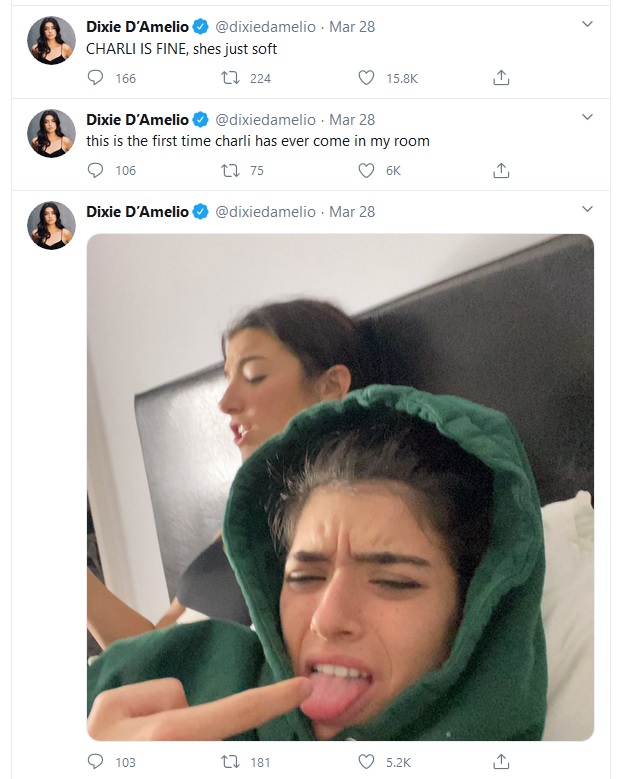 However, there is someone who has addressed the allegations, e-bullying, and hatred that’s being faced by Chase Hudson since the breakup rumors hit the TikTok world. And that’s his sister. Karissa Hudson has clapped back on people judging others for what they see on the internet. 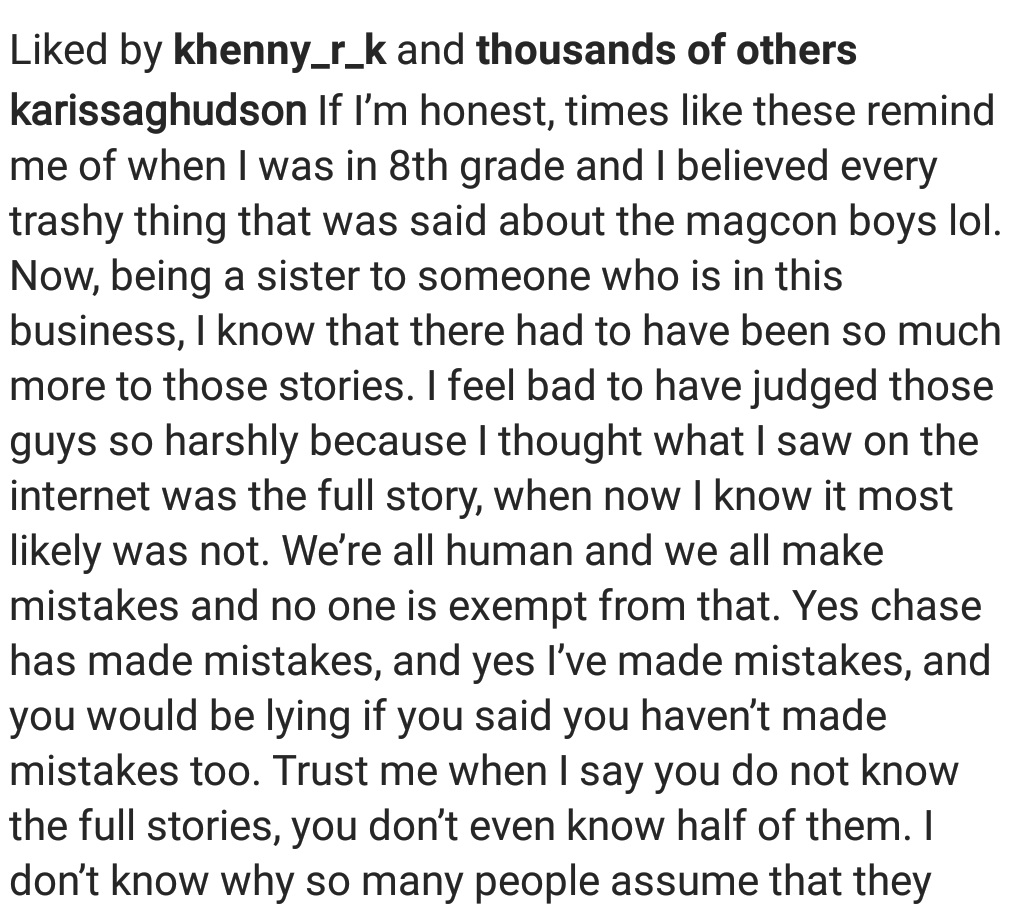 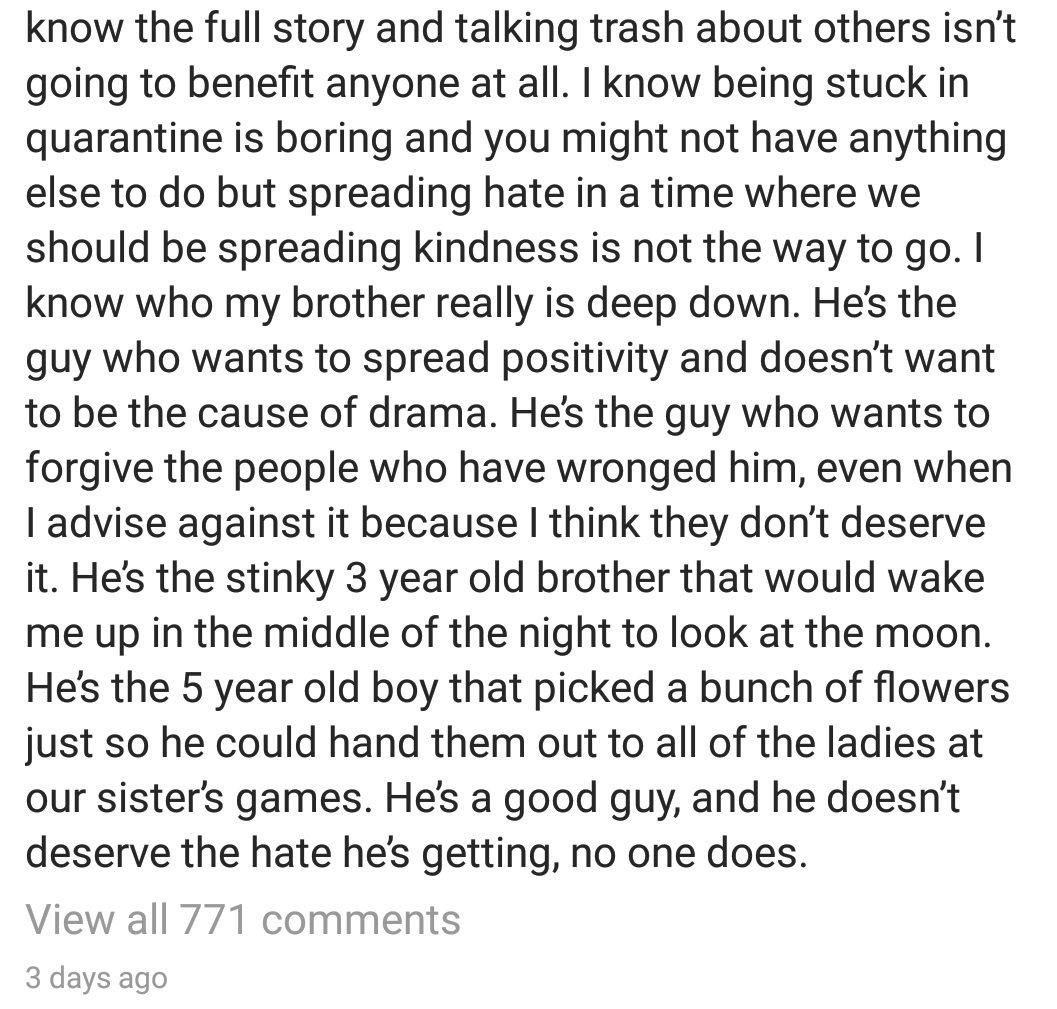 That’s a pretty strong and meaningful statement. That might also mean that all the support Charli is getting on her “breakup” might be so overwhelming for her that she is not addressing the whole issue publicly. However, we do not know what’s really happening in their relationship. Respect their privacy and stop spreading hatred.

Their families were not the only ones to respond to the breakup stories. Sway House and Chase Hudson were apparently on good terms again after the release of the diss track. However, these tweets from Bryce Hall of Sway House are showing a totally different story:

The diss track has already hit 10 million views on YouTube.

We might not the whole truth until someone tells the whole truth or stops hiding it. Hype House is not having good days currently. All we can say is, this coronavirus and quarantine need to end. The world needs peace right now.

Related: Dixie D’Amelio forced to disclose her sexuality
Charli D'AmelioChase HudsonHype HouseLil HuddySway HouseTiktok
0 2,243
Share
Subscribe to our newsletter
Sign up here to get the latest news, updates and special offers delivered directly to your inbox.
You can unsubscribe at any time

Lisa Vanderpump Shares Provocative Video of “Taking Care” of Herself

How YouTubers Are Reacting to Netflix’s Hype House Reality Show