Now that we’re all stuck at home, looking at the same faces everyday, doing the same things all day. It gives us a lot of time to think about things we wouldn’t normally be thinking about. And of course, I’m no different. Ever since I’ve been in quarantine, I’ve found myself thinking about the weirdest things. And while I was watching Little Women last night, I had a few questions.

First of all, It’s a great piece of art. And I personally love the costume designer of the movie, Jacqueline Durran. She designed costumes for one of my all-time favorite films, the 2005 Pride & Prejudice. But there were a couple of things about the costumes for Little Women that didn’t sit right with me.

One, they seemed a little inaccurate for the era this story is based in. And that’s not all. Some of them didn’t even present an accurate depiction of the characters wearing these costumes. Let’s explore this further, shall we?

Everything Wrong With The Costumes In ‘Little Women’

In the scene Laurie enters the attic where the girls were getting ready for bed, the girls didn’t seem to mind that there was a stranger in their room. The 1994 version of the movie depicted this perfectly, showing the girls scampering to cover themselves. But in the 2019 version, the girls didn’t seem to care. Maybe because they were in 2019? Which completely defeats the purpose of setting a movie in the 1860s.

But that doesn’t negate the Oscar for best costumes. So let’s talk about what does.

Surprisingly, I observed a serious lack of bonnets in the entire movie. If you know anything about the 1860s, you know bonnets were EVERYTHING back then.

Now, I’m going to disregard all of Jo’s fashion choices because it made sense for her character to dress boyish and not have much clue about fashion. But can we please talk about Meg in this picture? 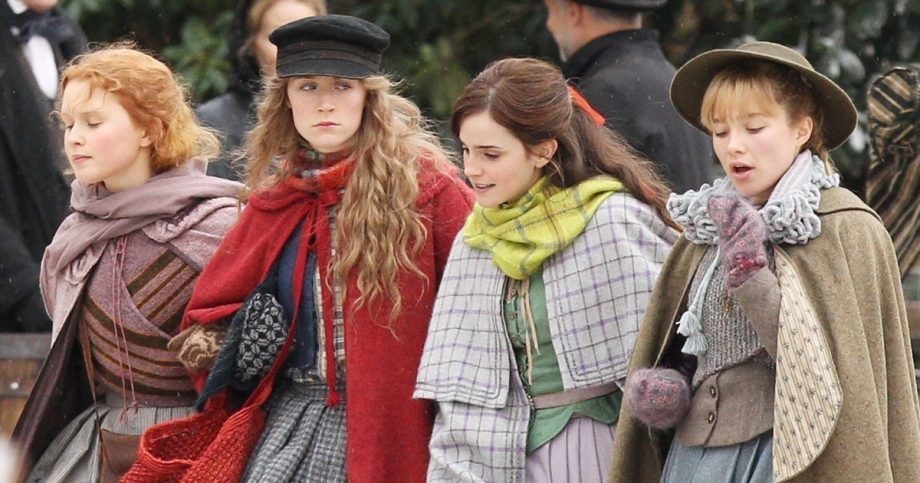 First of all, being the oldest, how is her hair not up? If you look at pictures of the working-class women in the 1860s, you’ll see every one of them has their hair up. It just wasn’t common to keep them down especially for a girl of Meg’s age and drive. And you can’t factor that off to being poor since putting your hair up is quite inexpensive. Also, her hair is straight. When it was the norm to have your hair in curls in the 1860 era.

Moreover, aren’t these “little women”? Why does it seem like a toddler dressed them? Meg’s colorful scarf, red bow in her hair. It just doesn’t seem like something a mature older daughter who just wanted to fit in the society would do. And then there’s that thing with the March family wearing new CLEAN dresses in every scene. Weren’t the Marchs supposed to be a poor family with very little means? And this was the Civil War era. Which means, there was a shortage of cotton. Especially for the poor. We should’ve seen simpler, 5 dresses rotating around the circle. More importantly, battered clothes for the younger sisters as hand-me-downs were a more fitting choice for them. Not new, colorful, sparkling clean cotton dresses.

And then there’s the mother. Who is seen wearing earrings and velvet embellishments on her dress. Wait, what’s that? Oh yeah, they’re poor but they can afford velvet? Cool. That makes a lot of sense. It also doesn’t fit her character who shuns vanity and sort of embraces poverty. 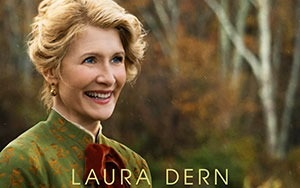 Now I think that’s quite enough. I don’t claim to know much about fashion or history. But there are quite obvious things that haven’t been represented in the film correctly. And if you don’t believe me, compare the 2019 adaptation to 1994 one and you’ll see what I’m talking about.

Also, the costumes aren’t bad. I just didn’t think they deserved an Oscar when there were massive blunders throughout the film.

Thank you for …reading? my TED Talk.

Related: What We Expect From Little Women’s Modern Movie Adaptation
Emma WatsonJacqueline Durranlittle womenOscars 2020Oscars 2020 Best Costume
0 1,395
Share
Subscribe to our newsletter
Sign up here to get the latest news, updates and special offers delivered directly to your inbox.
You can unsubscribe at any time

Julia Hart’s Stargirl On Disney+ Is For Your Quarantine Bingewatch