2020 has been a crazy year so far. We kicked off the new year with threats of world war looming over. Then, coronavirus shut down the earth. And now, Leafy of all the people has returned to YouTube after a 2 and a half year hiatus!

Read Also: PewDiePie Returns To YouTube With Plans After A Month-Long Break 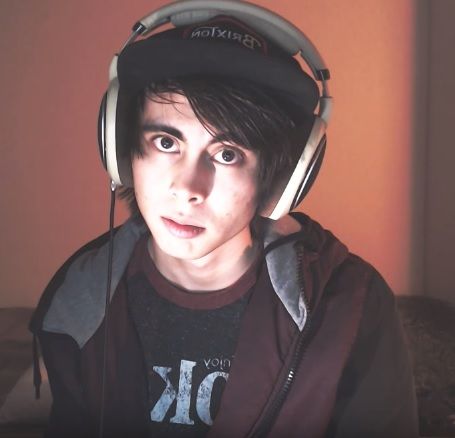 Before we celebrate the return of popular YouTuber Leafy (LeafyIsHere), let’s shed some light on why he left the social media platform in the first place. Many believe that the reason is iDubbbz’ “Content Cop” against him.

However, according to Leafy, he left because he was burned out after uploading videos every single day. Moreover, he was getting frustrated with the monetization issues he started to face towards the end of his stint.

Not only YouTube, but Leafy also doesn’t use Twitter anymore. He revealed that his account got hacked a couple of years ago and he hasn’t recovered it since.

The last we heard about his interests, he was playing around with stocks to gain relevant knowledge. Whether it turned out to be successful for Leafy or not, remains a mystery.

Leafy Returns with a New Video!

After his arch-rival (iDubbbz) started facing fan backlash for supporting his girlfriend’s decision to launch an “OnlyFans” account, Leafy decided to add insult to his rival’s injury. He made a 30-second video, using the trial version of Sony Vegas.

In the video, he simply showed footage of iDubbbz supporting his girlfriend’s decision. Then, the screen blacked out and Leafy called iDubbbz a “cuck”. He also put a label on the black screen which read, “youtube is still sh*t”. He started trending on Twitter in the US shortly after.

Keemstar then interviewed Leafy on DramaAlert. During the interview, the “retired” YouTuber said that he had no interest in making a full-time return to YouTube. He said that he wouldn’t rule out making videos for fun, though. Additionally, he said that almost every video of his got demonetized or hit with a copyright claim. Leafy also joked about moving to Myspace.

So, it turns out that the return we were all anticipating wouldn’t be a permanent one. Still, we can keep our hopes up for Leafy to put out content every now and then.

Controversial YouTubersDramaAlertiDubbbzLeafyYoutube Drama
0 1,451
Share
Subscribe to our newsletter
Sign up here to get the latest news, updates and special offers delivered directly to your inbox.
You can unsubscribe at any time