This Famous Football Manager Was In Star Trek Beyond!

Or part of him was at least.

Star Trek Beyond didn’t really shake up the Star Trek franchise. It’s a movie that fans enjoyed, but didn’t stand out for some reason. However, it did have a special guest in it that we all might have missed. That is none other than the famous Italian football manager, Carlo Ancelotti!

Related: Coronavirus In Italy: All Sporting Activities Suspended In March

A football manager in Star Trek Beyond?!

Yes, we couldn’t believe it either until we saw it with our own eyes. Yes, we’re talking about the same Carlo Ancelotti, who is the manager at Everton FC in English Premier League! Usually, one would expect someone like Jose Mourinho to do something like this. After all, he’s the one who looks more like George Clooney. But, it hit us as a surprise when we saw it was none other than Ancelotti. Here’s the scene from Star Trek Beyond!

It might be slightly difficult to spot Carlo in this scene, so we’ll help you guys. See the guy leaving the room from the left? With only most of his legs showing? Yup, that’s Ancelotti! 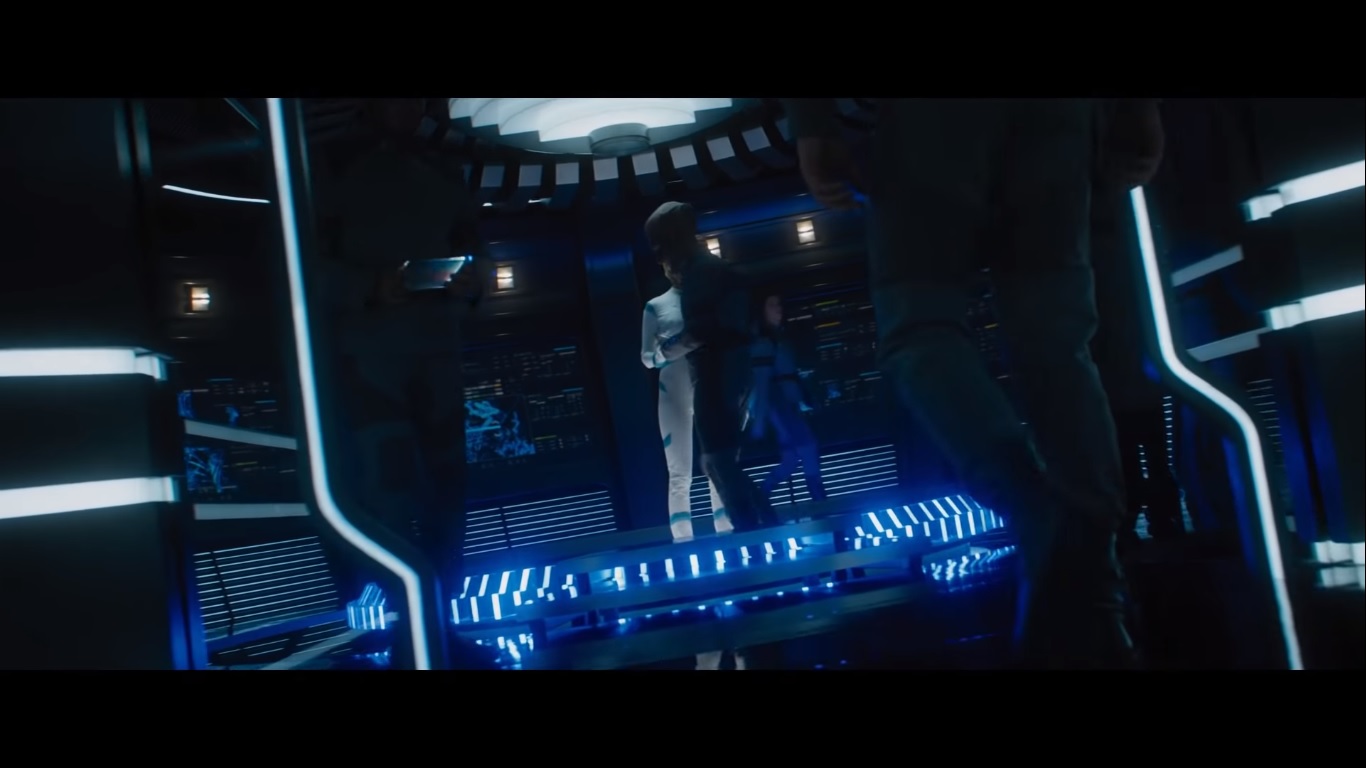 Now, the interesting question is, how did we get a cross over between Star Trek and football?

Well, although we could only barely see his face, his knees were quite prominent. Ancelotti was actually part of 2 movies other than Star Trek. They were The World of Don Camillo and L’allenatore Nel Pallone 2. But of course, this raises the question of how did he end up in the film? He told Sky Sports in an interview:

Because they were playing Star Trek in Vancouver. I was there on holiday. I have a good relationship with Zoe Saldana’s husband that is Italian. Zoe Saldana was there to play the movie and I went there and the director said, “Nah you can do a cameo with us”, and I did. But, it was one of the first scenes of the film. Only my knee.

You can watch the complete interview here:

Well, it seems like his acting career never got the start that it deserved. But, at least we get to see more of him in football, where he actually belongs. His work at AC Milan, Chelsea, and Bayern Munich are known to everyone, and we hope he succeeds at Everton FC too!

Related: Coronavirus In Italy: All Sporting Activities Suspended In March
Carlo AncelottiEnglandPremier LeagueStar Trek BeyondZoe Saldana
0 476
Share
Subscribe to our newsletter
Sign up here to get the latest news, updates and special offers delivered directly to your inbox.
You can unsubscribe at any time

Harrison Ford’s Call Of The Wild Gets Early Digital Release

Ahsoka Tano Voice Actress Responds To Absence In The Mandalorian

Jared Leto would love to Star in Another ‘Blade Runner’ movie

Karen Gillan Confirms She’ll be in ‘Thor: Love and Thunder’