Lord of the Rings changed cinemas for all times to come. For the first time, filmmakers realized the potential of fantasy fiction on the silver screen forever. For that, we have to thank Peter Jackson, who adapted JRR Tolkien’s books so perfectly. But we’re not going to talk about the greatness of the film, but rather a detail we all missed. That too, in one of the most iconic scenes in film history, with Sean Bean.

The iconic scene – Council of Elrond

There is no way we can forget that iconic scene in The Fellowship of the Ring when the Fellowship came into existence. After all, it arguably the first meme ever to grace the internet! 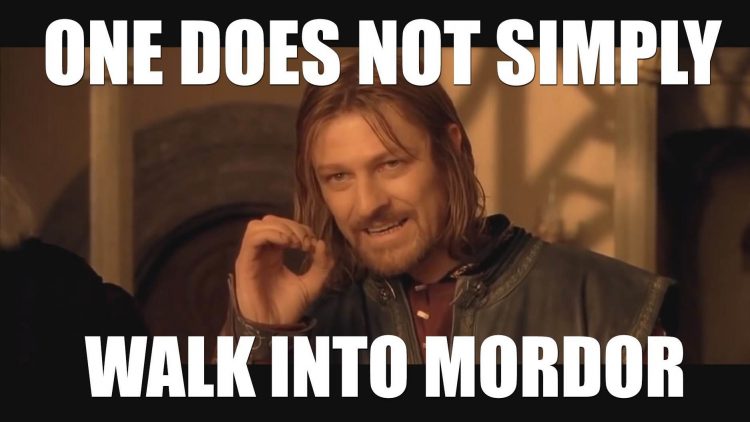 It’s probably the first meme most of us ever got to see. And it’s sweet that Lord of the Rings gave us this meme. This is when Boromir disagreed with the idea of destroying the One Ring and said:

One does not simply walk into Mordor. Its black gates are guarded by more than just Orcs. There is evil there that does not sleep. The Great Eye is ever watchful.

This does take us long down memory lane. After all, it was the beginning of Frodo’s iconic journey to destroy the One Ring. However, there’s more to this scene than what is led on. Take a look at it first:

Did you notice Boromir’s head bowed as if he was in great fear of the horrors of Mordor? Well, the real reason why Sean Bean was looking down was that he was looking at the script!

Related: Lord Of The Rings Had A Much Darker Ending Planned

The script was in his knees!

Peter Jackson mentioned it in one of his Lord of the Rings memoirs. He firstly explained why Sean had to have a script with him on the scene in the first place, saying:

The worst case of this came during The Fellowship of the Ring, when we revised Boromir’s long speech about Mordor at the last minute and only got it to Sean Bean on the day it was being shot.

However, props to Boromir for handling it exceptionally well! Jackson further wrote:

Sean handled it very cleverly—if you look at the movie, you’ll see he occasionally has his head bowed, as if dealing with the emotional weight of the horrors of Mordor. In actual fact, the new script page had been taped to his knee!

Here’s the very beginning of his speech, and his head was bowed down! 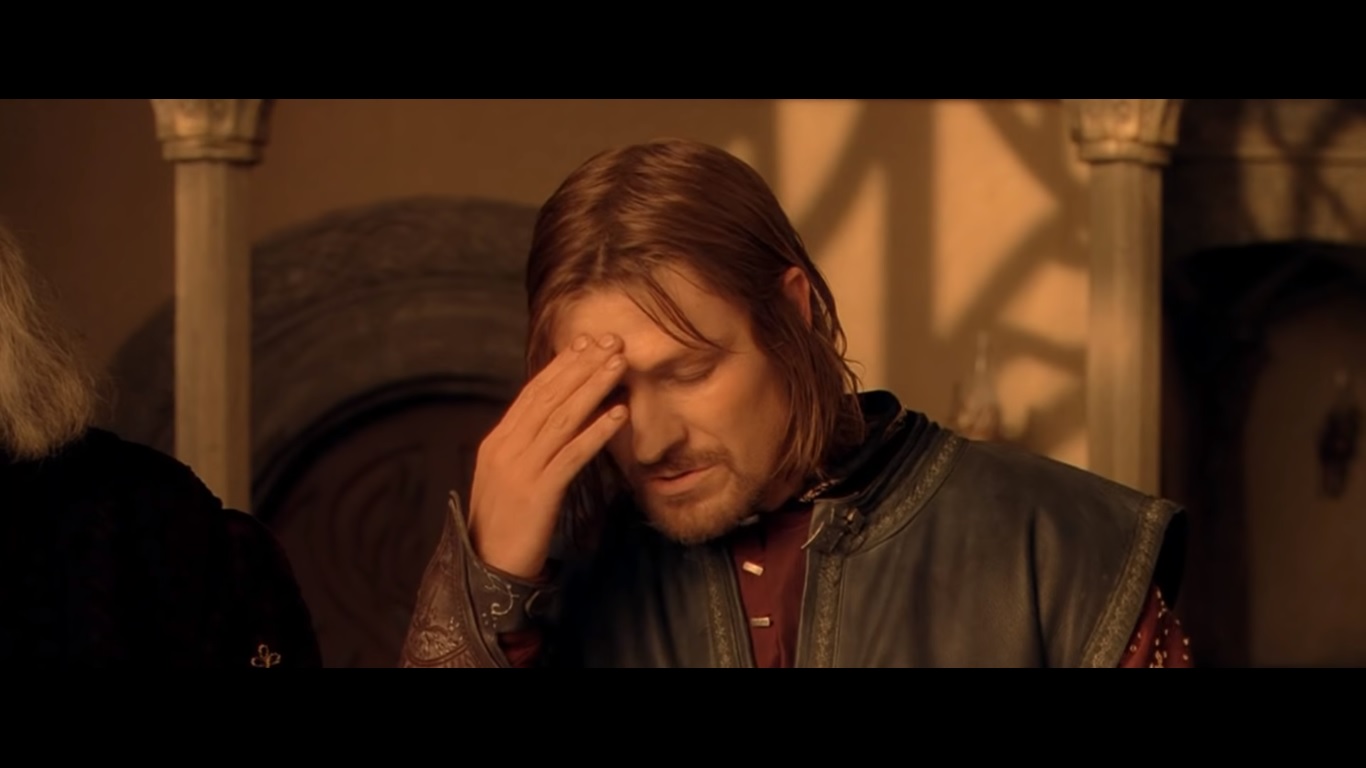 In an attempt to just remember his lines, Sean Bean really gave the performance of his life as Boromir. He was already a well-known actor, but this scene role gave him unparalleled success. And we’re sure this scene played a massive role in it. After all, this scene alone made a million memes single-handedly.

Related: Game Of Thrones Vs Lord Of The Rings. Which Is Better?
# Boromir# Fellowship of the ring# lord of the rings# Peter Jackson# Sean Bean