If you are following Aaron Carter, then you must be aware that he has been dating Melanie Martin for quite some time. Or, let’s just say 2 months to be precise. That’s more than the time he spent with Jenna Shea or Trisha Paytas. Though he was not really dating Trisha Paytas, it was more of a weekend hookup thing. Anyways, many people were counting on their relationship to break up as they claim no one can stay with Aaron Carter for long. His ex-girlfriend, Lina Valentina, was accused of hitting him when they broke up. However, she later confirmed that he had her pinned against the wall. While we do not really have proof of that claim, and it is still called a victim’s statement. We do have a recording (thanks to Instagram fans who follow Aaron & Melanie), that shows Aaron & Melanie fighting, and kicking her out the house.

Aaron Carter is really what people thought him to be?

They both started an OnlyFans account of their own, as a couple. Many people got excited to see them together, getting intimate and all. You know, adult stuff. However, it turned out Aaron was only posting images of himself. (as confirmed by the subscribers). Moreover, he was not posting much either. So, people were disappointed to find him on OnlyFans, with next to zero content.

When finally he started teasing his fans that he’ll be sharing an intimate video with Melanie soon, people got excited once again. They got the name tattoos as well. Aaron Carter was even setting up a home-gym for Melanie Martin. They were gearing up for Quarantine days inside the house, stocking up like the majority of us. But what happened when almost everyone is prone to getting the virus? Melanie Martin packs her bag and leaves the house.

Here’s a clip from the Instagram Live that Aaron Carter deleted later. Knowing that many people would be sleeping at that time, he might have thought no one from the online 400-700+ viewers would be recording his Live stream.

Aaron Carter accused Melanie Martin of sexting with older people, saving their contact names with female names to trick him.

You were sending n*des when we were in a relationship.

Aaron says the older men are her fans from the bar she used to work at.

And I have a video of you being racist.

Well, turns out Aaron Carter is keeping receipts to clap back at Melanie Martin when she exposes him once she is at a safe place.

Get the hell out of my house.

When Melanie Martin said she is done with all it, Aaron Carter addressed his fans during the same Instagram Live, pointing finger at Melanie:

This is Melanie Martin. By the way, she told me that she did not do anything. And you know what she did? 12 days after being with her, I find her having sex on her phone on a cam-girl thing. On the OnlyFans thing.

Melanie Martin can be seen picking her things in the background and constantly saying: This is harassment. In response, Aaron says: This is the truth.

While addressing her viewers during the Instagram Live, Aaron Carter blamed Melanie Martin for taking advantage of him. He says Melanie was only dating him because she told her friends: “He has money and he is nice.”

And when he is still repeating the same line, Melanie Martin says:

Notice how I don’t say anything bad about you at all.

Even some people are now saying that no one should date him because of her records all his dirty laundry.

Apparently, during the whole fiasco, Aaron Carter also kept changing his Bio. He removed Melanie from it, added it again, and now it’s back to No Bio.

Whereas Melanie Martin has not just removed Aaron Carter from her bio, she has also changed her profile image and posted an adult version. That’s proof she is not going back to Aaron Carter.

Here’s another clip before she left the house.

#AaronCarter took Melanie's keys to prevent her from leaving. This is very scary stuff. https://t.co/3ANja9ys9O

Aaron Carter abused Melanie Martin by calling her a wh*re. After leaving the house, Melanie Martin has not confirmed where she is headed. However, she has posted these images on her Instagram stories. (P.S. both of them still have images of each other on their Instagram profiles). 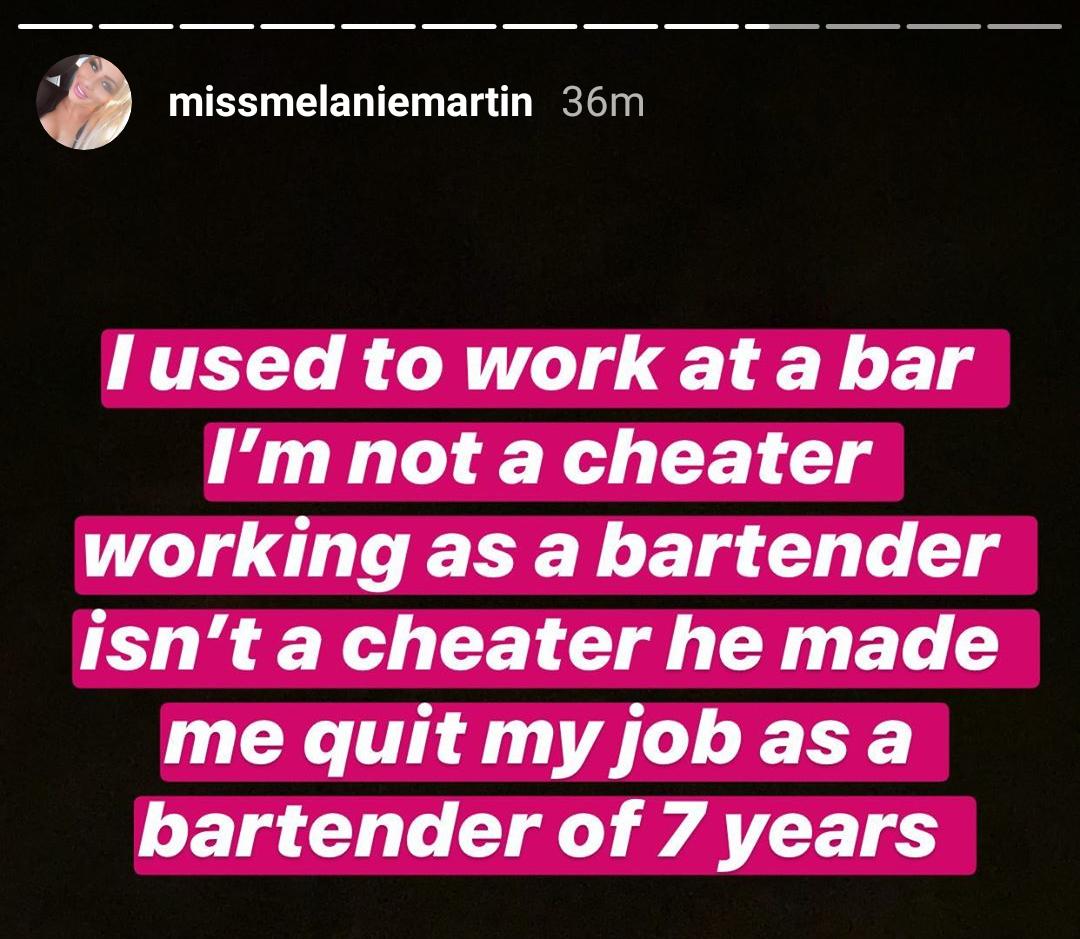 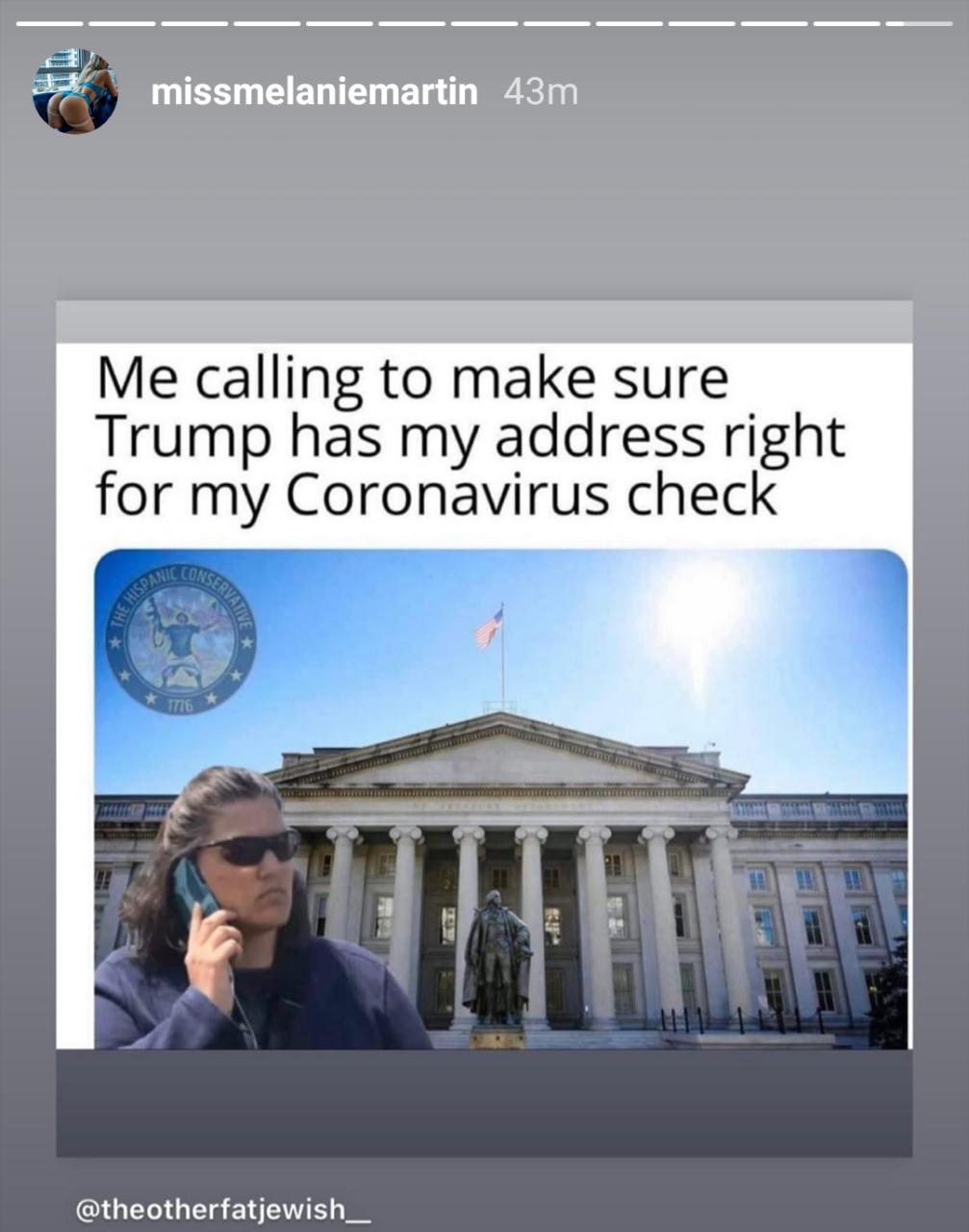 We do not really know what will happen next. Aaron Carter will probably go Live on his LMG TV (YouTube) and share details from his side. Melanie Martin might go online from her Instagram and share details from her side of the story. Is she going to get a restraining order against him just like his family did? Will she confirm that she went through physical and mental abuse during her stay with Aaron Carter? Only time will tell. One thing is for sure now. It’s time Aaron Carter should get a Netflix account of his own.

If you or someone from your family/friends is going through a tough time, please call the National Domestic Violence Hotline at 1-800-799-SAFE (7233), available 24/7.
# Aaron Carter# Melanie Martin