The Weeknd After Hours Short Film Inspired By His Love Life?

The Weeknd has been driving XO fans crazy by releasing the Tsunami of his album in the form of droplets. We already have three songs from his new album After Hours, to keep us holding till the album gets released this month. People are coming up with a fusion of song titles, just to kill their time until the album is released on March 20, 2020. The fusions include “Heartless Weeknd is blinded by the lights after hours”, etc. Okay, I made that up. But, anyway, we all know The Weeknd has officially made his movie debut in Uncut Gems. And now, he has released a short film of his own. My guess? He’s fighting with his own self.

Related: The Weeknd Drops New Studio Album after Over 3 Years!

The Weeknd apparently planned the release of his songs Heartless, Blinding lights and After Hours in the most creative way possible. And that’s not just the sequence of releases. He’s probably leaving easter eggs for his ex-girlfriend(?) Bella Hadid.

After Hours short film takes us behind the camera, in reality. The Weeknd makes people focus on what really goes on behind the curtains. After releasing his first two tracks from the album, he performed Blinding Lights live on Jimmy Kimmel Live. And that’s where the short film starts. Jimmy Kimmel makes a cameo in the film when it starts. In fact, if you watch that live performance followed by the After Hours Short Film, you can connect the dots too.

Abel has a bandaged nose, freshly wounded. You’d wonder what happened. That’s something left for the viewers’ creative imagination. He’s all-smiles but once he is off the stage, he is not smiling anymore. 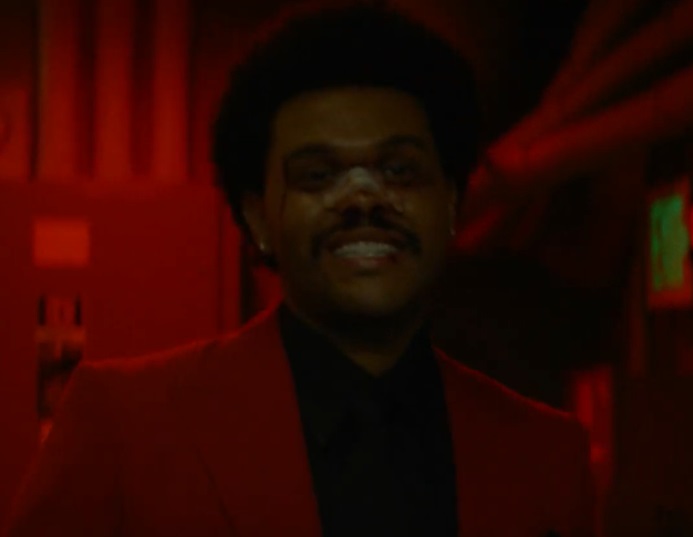 Related: The Weeknd had creepiest threes*me in explicit yet deep AF music video

His face shows the transition from a smile, to forced smile, to a saddening face and then ultimately crying. 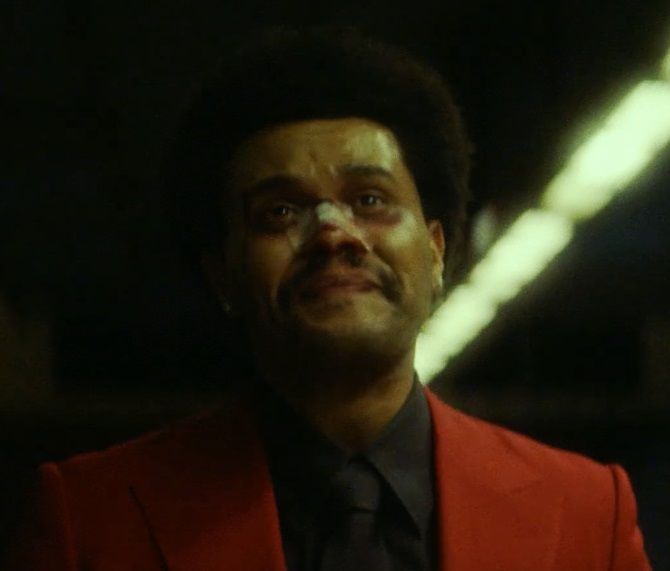 In Heartless, The Weeknd was a proud and drunk heartless man.

In Blinding Lights, he was done being heartless and wanted his love [Bella Hadid] back.

I’m blinded by the lights
No, I can’t sleep until I feel your touch

In After Hours song, it’s all about the sadness after hours:

Where are you now when I need you most?
I’d give it all just to hold you close
Sorry that I broke your heart

But in After Hours short film, The Weeknd shows how deep the sadness runs. He seems depressed, sad, alone, and remorseful.  After a disorienting walk and declining mental state. blinding lights hit him, he blocks them with the shades, and suddenly we have a totally different person, someone dangerous, dark, and fatal. 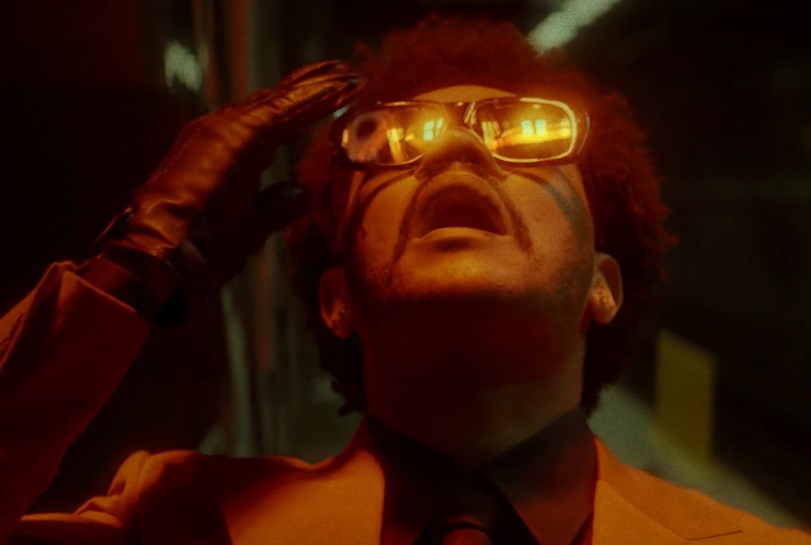 An invisible force takes hold of him and drags him through the subway. he tries to get his control back but fails. Suddenly, we lost his visuals in the short film, but see a young couple making their way to the elevator. The doors open, and there he is, standing with his shades on. 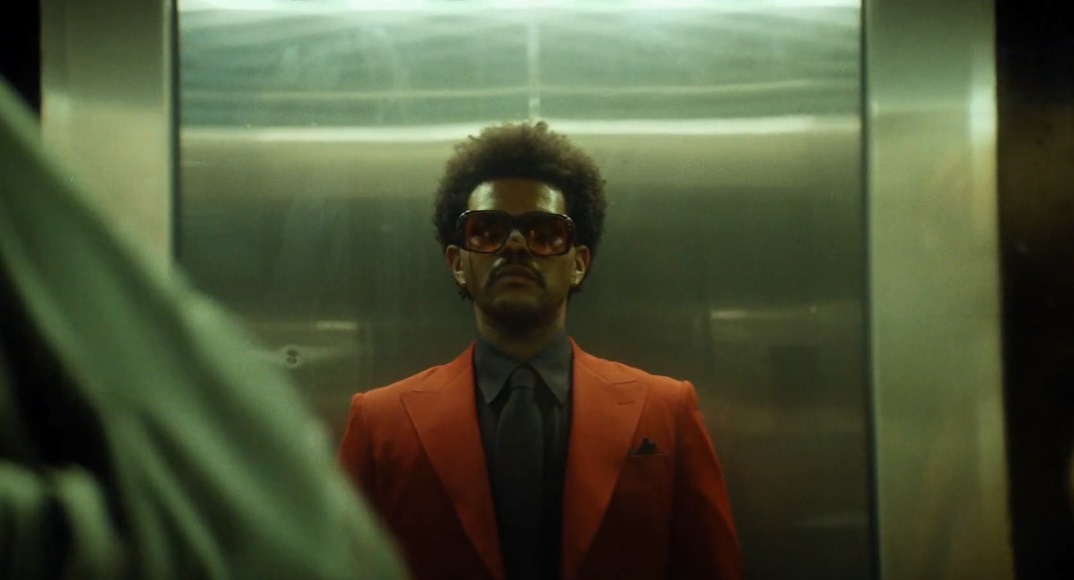 All of these songs are a part of a larger story, that’s unfolding with the release of every single track/release.

The Weeknd | Dark Mode ‘On’

At the end of the video, The Weeknd is shown staring at the guy in the elevator. He’s not looking at the girl, but the guy. Significance of it? Well, The guy is telling his girlfriend about a “fun place” but she is not convinced. And seems like The Weeknd was not happy with the guy. The elevator closes, we hear screams and ‘smashing’ sounds.

The whole short film describes how he is struggling with his loneliness after his breakup with Bella Hadid. The Song After Hours serves as an apology letter to her, with a desire for reconciliation. On the other hand, the short film confirms how Abel is fighting with himself. The wounded nose was caused by no one else, but his own self. Self-sabotaging his love life? His theme of blurring reality with fiction reminds us of the movie Joker.

We’ll probably get more deets on the short film when The Weeknd joins Daniel Craig on SNL this weekend.

What do you guys think of the After Hours short film? Let us know in the comments below.

Related: The Weeknd’s Copyright Infringement Lawsuit Begins Next Month
Abel TesfayeAfter HoursAfter Hours Short filmBella HadidThe Weeknd
0 2,278
Share
Subscribe to our newsletter
Sign up here to get the latest news, updates and special offers delivered directly to your inbox.
You can unsubscribe at any time