David Dobrik, the YouTuber leading the Vlog Squad, has surprised many of his friends and fans. He has paid off student debts, given friends the best wedding gifts as well as surprised his friends with dream cars. In fact, his assistant and BFF Natalie Noel has received two cars by now. If you are a regular follower, you’d know that David has a new assistant as well. And in the latest vlog, David finally surprised her with a brand new car.

Related: David Dobrik Confesses He Had A Crush On Assistant Natalie

David Dobrik’s new assistant Taylor is not the only one who got a car. In fact, his publicist Megan was also shook when she found out there are two cars in the parking lot. So, in order to surprise them, David Dobrik gifted them designer bags. And guess what, he was hiding the car keys in those bag boxes. 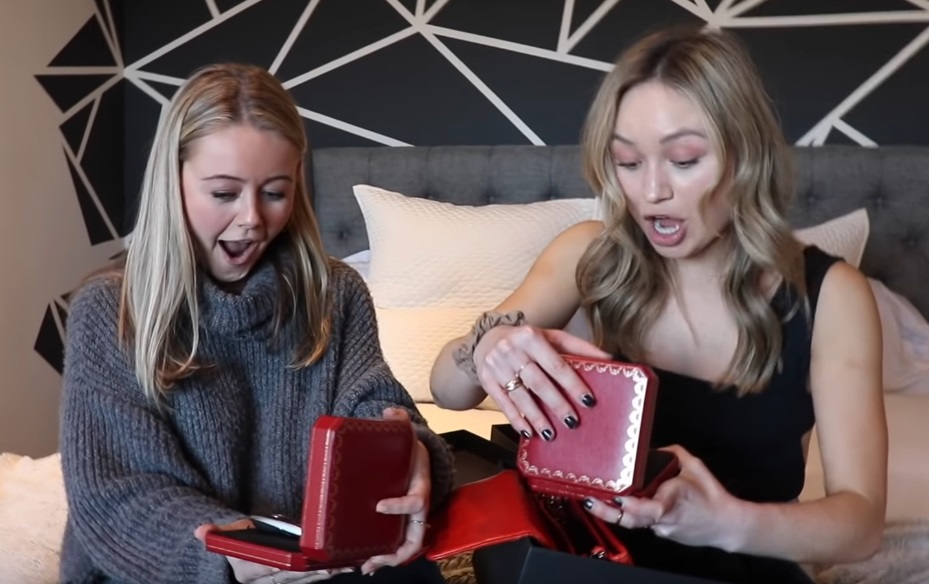 Taylor could not believe it. She just kept repeating “No, No, No”. Whereas; Megan got all excited and said: “It’s not real”.

At the end of the Vlog, we do not see Taylor’s reaction though. However, we see Megan, the publicist, finally done with her tears and getting all giddy inside her new car.

I cannot believe you did this.

Oh, and another fun fact, this time the sponsor was not SeatGeek. Apparently, the car Vlog was sponsored by The Real Real.

The Friends Without Cars

Though David Dobrik’s fans are happy with how things are progressing. However, they are questioning why David Dobrik has not gifted Zane Hijazi, or even Jeff, a brand new car. What do you guys think? Will David surprise them with dream cars soon? Or will they never get a car at all?

Related: David Dobrik Catches Todd With Assistant Natalie?
Assistant NatalieAssistant TaylorDavid DobrikThe Vlog Squad
0 1,465
Share
Subscribe to our newsletter
Sign up here to get the latest news, updates and special offers delivered directly to your inbox.
You can unsubscribe at any time

Alx James calls out Gabbie Hanna for “overdramatizing” everything