Rob Kardashian and Blac Chyna have had a rocky relationship ever since they started dating back in 2016. The birth of their daughter, Dream Kardashian, their extremely public feuds and what should have been their private moments were all plastered all over social media by the couple.

Rob and Blac got engaged a month after they had started dating. 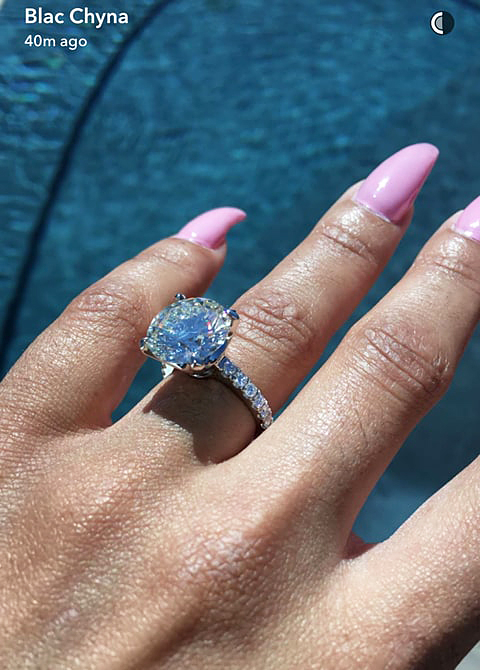 And after a couple of dramatic months where they were on-again-off-again, Rob Kardashian and Blac Chyna announced their pregnancy. And that’s when Dream Kardashian came into the world. But the drama didn’t stop there. Their turbulent relationship has been in the tabloids ever since 2016.

Currently, Rob Kardashian and Blac Chyna are fighting a custody battle in court. However, The Blast reported that the judge has denied Rob’s request for primary custody of Dream. Filing for primary custody in January, Rob accused Chyna of substance abuse and neglecting their child. However, Chyna’s lawyer called the allegations “absolutely absurd.” Blac Chyna’s lawyer said in a statement to E! News.

“Chyna will not back down from Rob and his family’s attempt to take away her agreed-upon custody of Dream,”

TMZ reported that Rob Kardashian claimed Dream has started “naked twerking and acting out sexual positions that she said her mom taught her,” and has also started using foul language.

“Dream tells Rob some of the stuff that goes on and he also hears it from the nanny and friends. Rob and his family have noticed serious behavioral changes after she spends time at Chyna’s house. She comes back to Rob and it takes her time to adjust,” a source had told E! News.

A second source revealed that there have been many instances where Dream has been upset about what went on during her stay when picked up from Blac Chyna’s house. This makes Rob Kardashian angry and he doesn’t want Dream to be around Chyna until she gets help for whatever she may be going through. Rob would much rather prefer for Dream to be with him and around his family/sisters so she could get away from Chyna’s alleged toxic behavior.

We hope the courts come to a permanent decision about this situation very soon. No matter what the differences between Dream’s parents are, she doesn’t deserve to grow up in an environment that makes her aggressive and steals her innocence.

Related: Blac Chyna Had Her Toes Sucked By A Mystery Man In A Restaurant
Blac ChynaDream KardashianKeeping Up With The KardashianRob Kardashian
0 2,660
Share
Subscribe to our newsletter
Sign up here to get the latest news, updates and special offers delivered directly to your inbox.
You can unsubscribe at any time

Doja Cat admits her merchandise is not good after getting criticism

Is there going to be a KSI-Logan Paul boxing rematch?