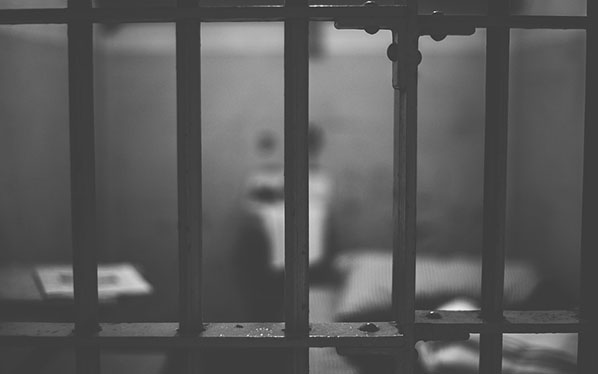 No, a Pedophile was not Released From Jail After Becoming transgender

She was released because she served her sentence.

A convicted pedophile who molested 15 children aged 1-15 was released from prison after completing their sentence. In the city of Iowa, pedophiles and sexual predators can be held by the court beyond their prison terms. Though, that only happens when it can be proved that they are likely to re-offend. Due to the sex change, the experts didn’t think they were likely to re-offend. Hence, the person in question was released from jail after serving their sentence. It was not because they changed their changers.

The reason is apparently that the court-appointed expert does not think there is a risk of them committing the crimes again.

Attorney General Spokesman Lynn Hicks shared that the only reason was:

“an offender’s hormone levels are an important part of substantiating an offender’s likelihood of recidivism.”

What does that mean?

Well, the court thinks that because 23-year-old Matthew Smith is now Josie Smith, their hormones are more in control now. Basically, the court-appointed expert is saying that trans women have lower levels of hormones and that means they can control their sexual desires better. So, they are assuming there is less risk of them being pedophiles again.

It must be noted that the Attorney General did try to prevent this from happening and keep Smith confined.

Popular YouTuber Blaire White came across this news and talked about how this case was dealt with. Being a transgender herself, she clarified some details for the people.

This doesn’t make sense to me because you don’t release people from prison who have done such egregious (wrong) acts based on their likelihood of committing those acts again in the future to someone else. They still have to pay the consequences and pay the time for what they did to the victims in the past.

Changing Genders may lower your hormone levels, but they do not remove them completely

Blaire White was quick to point out the flaw in the logic the experts in the court used. Apparently, they think that lower hormone levels reduce the risk of someone being a predator and committing sexual acts of violence.

White had two counterarguments. Firstly, she shares that changing genders does not completely remove the sexual tendencies. Blaire talked about how Matthew Smith was on estrogen (female hormones) for only 3 years. The YouTuber herself has been on estrogen for 6 years and shares her own experience:

I have been on estrogen longer than this Josie individual – I’ve done hormones longer about six years so about three years longer and I will tell you being on estrogen does not completely ruin your sex life. Does it lower it? Absolutely. Like I definitely don’t want it as much as I used to when I had like male hormones running through my body. But it does not completely diminish it.

Another thing Blaire White pointed out was that rape and molestation by pedophiles aren’t just because of their sexual desires. It has a lot to do with them wanting to exert power over vulnerable people and for some people just having no moral compass:

rape sexual assault molestation has almost as much to do with power and just being a sadistic individual that wants to hurt someone for their own gratification then it does like sexual gratification.

Any Gender can commit sexual assault

It may be because of this stereotype that women can never be rapists or be a threat. But just like with the Amber Heard and Johnny Depp case, we have seen that you do not have to be a particular gender to be physically abusive to someone.

After changing her identity and gender to female, Matthew Smith now goes by Josie Smith. As per the court:

The court did take some freedoms away from Josie Smith:

This sets a precedent

This does set a unique precedent because any pedophile could exploit this. The court could assume the person won’t be likely to re-offend when in actuality, they might be.

This also sets a bad example for people who are already anti-trans. This example tells people that transgender people are some sort of villain. In reality, they’re not. We have good role models such as Blaire White and recently NikkieTutorials (Nikki de Jagger). They are good people who want to make the world a better place and they also happen to be proudly trans!

Related: Being Blackmailed, NikkieTutorials Comes Out As Transgender

UPDATE: The article has been updated to provide more accurate information about the case.
Blaire WhiteChanging GendersJosie SmithMatthew SmithPedophilesTransgender PedophilesTransgenders
0 458
Share
Subscribe to our newsletter
Sign up here to get the latest news, updates and special offers delivered directly to your inbox.
You can unsubscribe at any time

Jessica Yaniv | A Pedophile Pretending to be a Trans?

Kobe Bryant Tribute Lamborghini Is Up For Sale For $170,000?