All the Rick and Morty fans are either busy doing nothing or spending half of their time surfing the internet and cursing Adult Swim. (no offense bruh). Rick and Morty season 4 should have returned already with episode 6. Obviously, followed by episodes 7 and 8 and 9 and 10. But we are not that lucky. The showrunners have left not a single clue, a sign, an easter egg, a chicken egg, an ostrich egg, or a Cockroachy-Ricky egg anywhere in the first 5 episodes of season 4. However, they have blessed us with Rick and Morty x Pringles Not-an-Ad-Ad just a few hours ago. Have you got your fix yet?

Rick and Morty x Pringles | Not An Ad

Though it is not an Ad, we are extremely grateful and feel obliged for this Pringles-2020 Big Game Commercial. Special thanks to Pringles US for this paid partnership, and forcing them to drop a teaser a few days before the actual Ad was released.

Okay, it is an Ad and we are not going to confuse everyone like Rick and Morty tried to do on their Instagram handle. So, the Pringles Ad starts with an Adception (Ad within an Ad, a familiar concept recently showcased by Ryan Reynolds). A lady stacks three different flavors of Pringles to make a new one. (You can do it too, go spend some bucks you lazy bum).

How much, do you think, Pringles paid these people?

To which, Rick replies:

Right then, Morty decides to show up with 9 flavors of Pringles stuffed in his hands, a couple of them fall to the floor as well. Before Rick could stop him, Morty makes a stack of three flavors: Pizza, Barbecue, and Jalapeno. 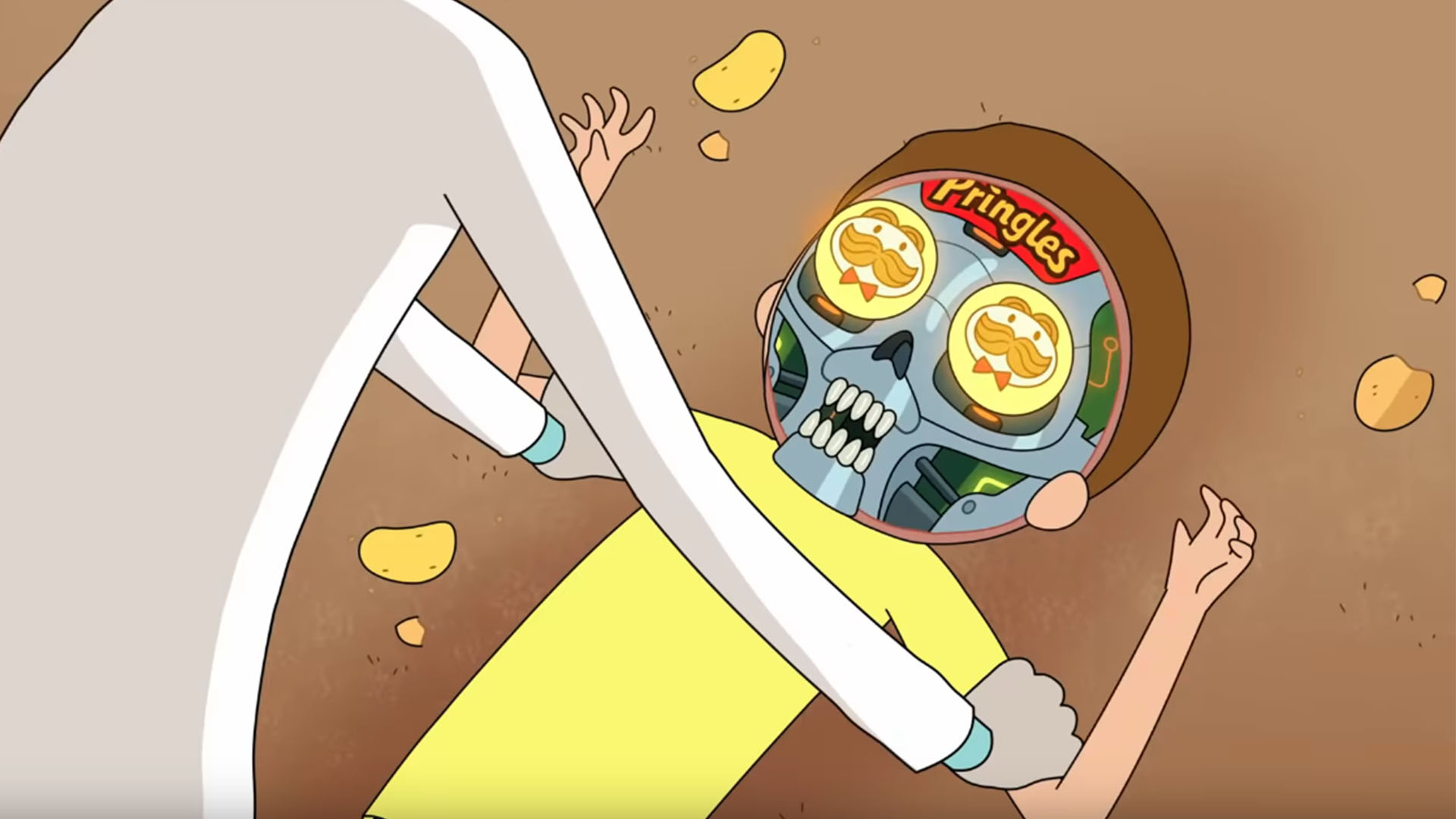 If you ask me, the Ad would’ve been perfect if they could add snake jazz in it. Anyways, Rick soon figures out they are trapped in a Pringles Commercial.

They must’ve taken us in our sleep.

The end is a must-watch, don’t miss the Ad. Adult Swim shared Rick and Morty x Pringles teaser on January 21, 2020.

Rick and Morty Season 4 Episode 6 will be released on date XYZ in 2020. Keep stacking Pringles till then.