It’s happening for real, BTS ARMY! Amid speculations and clues around several big cities about their tour, South Korean boy group BTS have finally announced the dates for Map Of The Soul Tour. After making an announcement in December 2019 about April 2020 tour, the dates were released on Wednesday. Their agency, Big Hit Entertainment, made the announcement.

Stop for the BTS Tour

On January 21,  BTS announced that they will kick off the tour with Seoul starting on April 11. This will be followed by several stops in America and Canada including Santa Clara, Los Angeles, Dallas, Orlando, Atlanta, New Jersey, Washington D.C., Toronto, and Chicago. They have also announced Asia dates including Osaka, Tokyo, and Saitama. Other stops include London, Berlin, Barcelona.

Currently, June 13 and 14 dates have been left with a question mark. Fans are speculating that they’ll either announce another tour stop or it might be for the BTS Festa show. There are reports that more tour dates will come soon.

Related: BTS Wins 4 Daesangs At MMA 2019 While Others Were Snubbed

The first announcement includes a total of 37 shows in 17 cities around the world. The tour kicks off at the Olympic Stadium in Seoul on April 11, and the group will then move on to perform at stadiums in the United States, Canada, Japan, United Kingdom, Germany, and Spain.

The dates and venues of the tour are as follows: 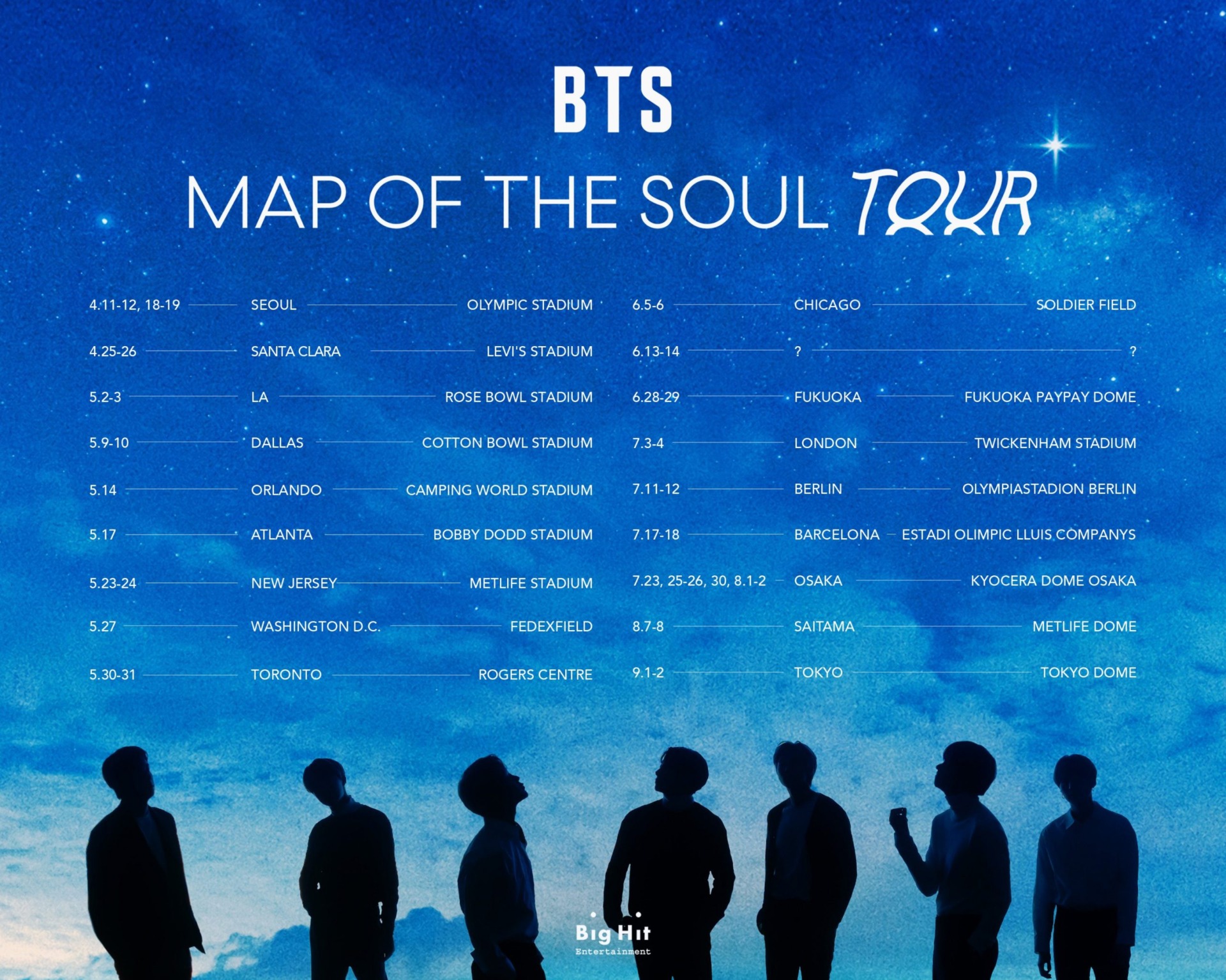 Meanwhile, BTS is gearing up for a comeback with their fourth full album “Map of the Soul: 7” on February 21. Watch the art film for their pre-release single “Black Swan” here!

Related: BTS New Release: Black Swan | Review
BTSKpopMusic ToursTour Dates
0 507
Share
Subscribe to our newsletter
Sign up here to get the latest news, updates and special offers delivered directly to your inbox.
You can unsubscribe at any time

Farah Farooq aspires to be become one of the leading movie critics. Her hobbies include procrastinating on twitter and fangirling over every fandom possible. She also watches way too many dramas and movies. And in between she might manage to read a book too. She likes cute stationery, EXO and Timothée Chalamet.

You can find her ranting at 3 am @peacctea on twitter.

Nicki Minaj and Drake were seen hanging out together!