Trisha Paytas is giving her fans and followers Vertigo for real. She hosted a Christmas party, sided with Nikocado Avocado on the whole Stephanie Soo situation (kind of), shared pictures with Jason Nash look-alike Jeff and what not. To top it off and as a New Year gift, Trisha decided to up the game and end it with another drama. It’s not Gabbie Hanna or Gabi DeMartino this time. It’s not David Dobrik, Jason Nash or the Vlog Squad as well. (Not directly at least). She just posted an image and Instagram stories full of PDA with Jaclyn Hill’s ex-husband Jon Hill. And it seriously feels like it’s going to end up like the Aaron Carter situation.

Jon Hill, Jaclyn Hill’s ex-husband, is not an unknown personality. What’s common between Trisha Paytas and Jon Hill are their albums titled Rebirth. While Trisha Paytas’s Rebirth is focused on her coming back to herself after the break-up, depression, opioid addiction, and mental break downs. Jon Hill’s Rebirth is focused on his struggle with addiction, redemption, and divorce with Jaclyn Hill after 9 years of marriage.

Are they planning to go on a Rebirth Tour together? No Idea. Planning a collaboration? Cannot say because their posts do not show them working on any song together. In fact, they are working on something else entirely. Trisha Paytas’s image caption says she is ready to get pregnant with Jon Hill. (Does anyone wanna bet that image will be gone within 24 hours?)

On the other hand, Jon Hill’s caption says Wifey. hehe. Seriously? That’s like paraphrasing Trisha Paytas & Aaron Carter’s deleted image caption. These two pretended to be in a relationship before ultimately denying the rumors.

Whether they are actually dating or not, one thing is assumed. Both Trisha Paytas & Jon Hill are shading their exes. Though Trisha Paytas’s break up was not exactly consensual and peaceful, Jon Hill was speaking up for his ex-wife Jaclyn Hill at various moments. He also spoke for her during her lipstick scandal. But this seems weird. On the other hand, Trisha Paytas is all about telling people that she has moved on from Jason Nash and she is dating other people on a regular basis. Some even make it to her Instagram account for a day or two before she deletes the images.

Jaclyn Hill has not addressed the newest drama directly. However, she has liked a post that shows she is aware of the whole Trisha Paytas-Jon Hill scenario.

A little digging showed that the post was deleted by @Loeybug, a YouTuber.  Loey also suggested interesting revenge.

A little background on this diss, Trisha recently married a cut out of Brad Pitt. So, for Jaclyn to take revenge, she should get with the Brad Pitt cutout. Yes, the internet is crazy.

Apart from Loey and Jaclyn Hill, Twitter is going crazy after watching the full-on PDA between Trisha Paytas and Jon Hill. 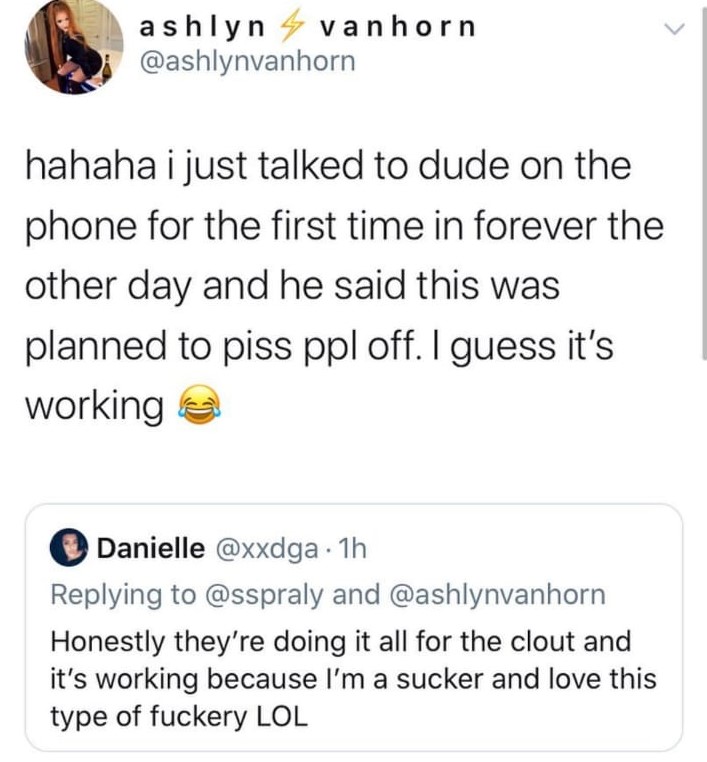 Let’s see how all of this drama unfolds.