Gabbie Hanna & Shane Dawson were pretty good friends back in the day. They have made many videos together, like so many of them. But only until a couple of years back. Gabbie also confirmed in a video that she loves Shane Dawson, however; staying around him makes her uncomfortable because he is friends with Gabbie’s ex. (many of her fans did not know about this). Shane Dawson’s friend and editor, Andrew Siwicki, is Gabbie Hanna’s ex-boyfriend.

While the ones available on Shane Dawson’s YouTube are: ‘Scariest places on the internet with the Gabbie show’, ‘Eating & talking about the sex’, ‘tasting crazy pancakes’, ‘crazy stalker fan storytime’, ‘trying musically’.

Andrew Siwicki is a cinematographer and editor. He used to be Garrett Watt’s cameraman before he started working with Shane Dawson. Siwicki has become a close friend and co-worker for Shane, who even dedicated a shade from his new makeup palette to him. Hence, Andrew and Shane are together all the time. Especially for this year where they spent a lot of time filming ‘The Beautiful World of Jeffree Star Series’.

So, Gabbie mentioned how Andrew and Shane are together for most of the time and that prevents her from hanging out with Shane:

He [Shane] works with my ex-boyfriend [Andrew]. I never wanted anything except everyone to be happy.

They “stopped” being friends some time ago, however, the videos and “receipts” are resurfacing on YouTube after Gabbie Hanna’s recent feud with Trisha Paytas. Which triggered video responses from Gabbie’s ex-friends Jessi Smiles & Alx James.

We do not really know what is happening in their real-life. They probably still are friends but only on texts. Or, they probably have just moved on with their lives and respective boyfriends. However, we did find some interesting fan theories that Gabbie Hanna stopped talking to Shane Dawson because she was interested in him, but couldn’t do anything about it since he was with Ryland Adams. Take this thread, for example. 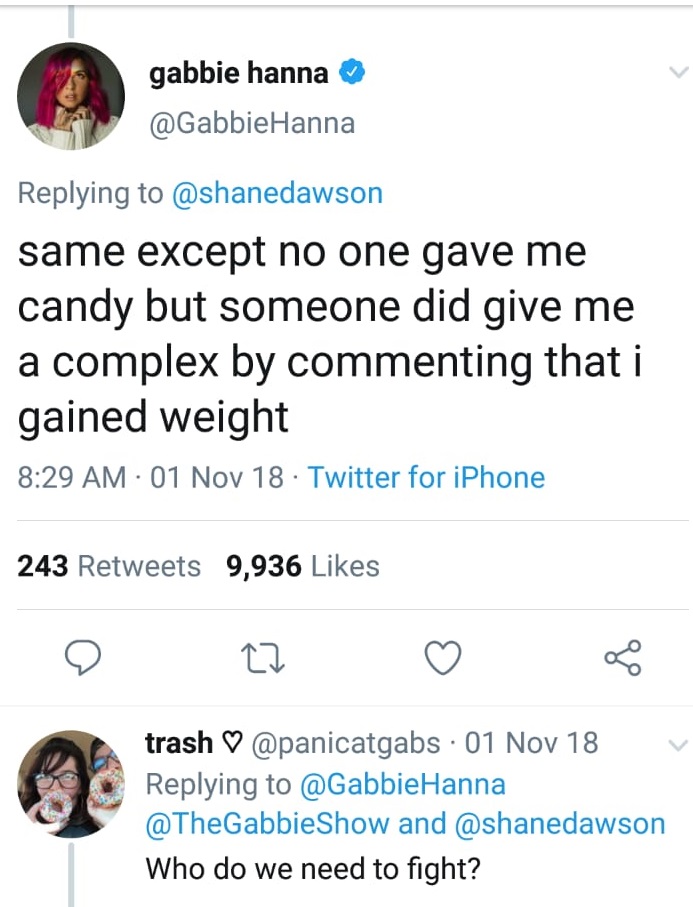 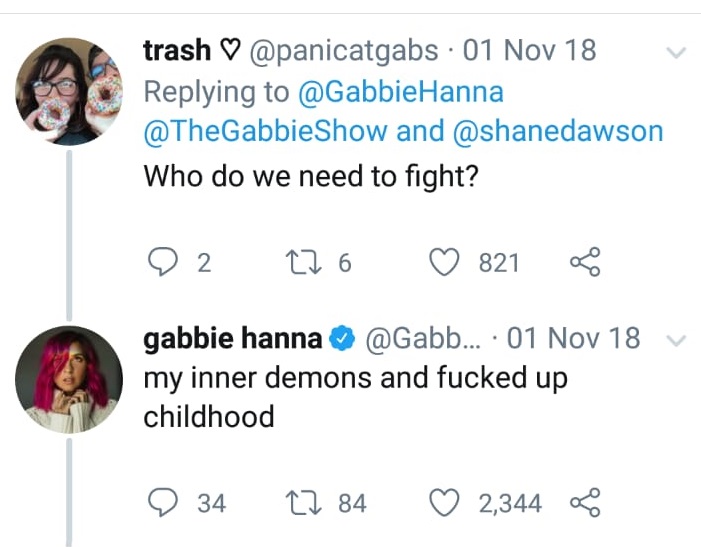 O_O
Well! Fans do need closure on this. If they weren’t on good terms then the videos wouldn’t be still on YouTube though. But then, Shane Dawson is friends with Trisha Paytas and she has a feud with Gabbie. We do need more answers and explanations!

Related: Trisha Paytas Just Sued Gabbie Hanna?
Andrew SiwickiGabbie HannaRyland AdamsShane DawsonYoutuber Drama
0 7,628
Share
Subscribe to our newsletter
Sign up here to get the latest news, updates and special offers delivered directly to your inbox.
You can unsubscribe at any time