Carrie Preston is known for her outstanding work in True Blood, Claws, The Good Wife, Crowded and The Good Fight. She is an American actress, producer and director. She also played an incredibly creepy character in the horror flick 30 Miles From Nowhere. As part of Dankanator’s exclusive interviews with the cast and crew from 30 Miles From Nowhere, here is our interview with the talented Carrie Preston.

Q1) What was your experience on the set of 30 Miles From Nowhere?

It was kind of like being at a really fun film camp. We all stayed in houses near the cabin where we shot, and some of the crew even stayed in the upstairs area of the actual set. I love working on independent films because there’s an instant camaraderie. Everyone knows they are in it together with the common goal of telling an interesting story the best they can on a shoestring budget. And i feel like we definitely achieved that on “30 Miles from Nowhere”.

Q2) How did you prepare for the role of the antagonist?

I always start with what is on the page. And Seana Kofoed’s script was a great blueprint. Whatever I’m playing, I try not to judge the character. I just try to determine where she is coming from, why she is doing what she is doing, what she is trying to get for herself and what’s getting in the way of that. Then I get lost in the words and build everything from there. 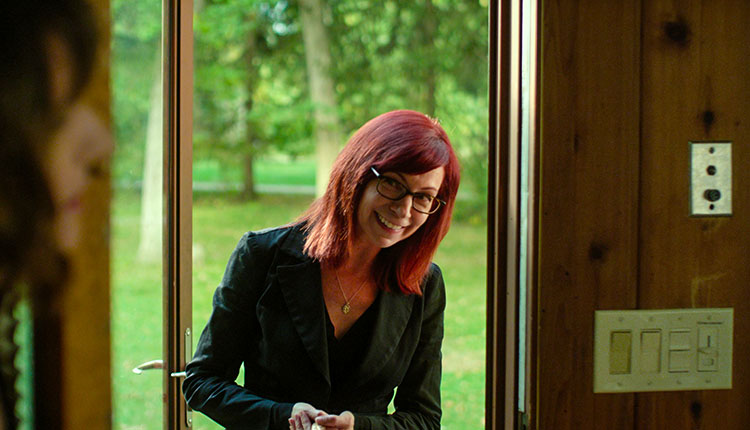 Q3) Just like Benedict, you’re well acquainted with the horror genre. Do you prefer to play roles in this genre?

I don’t think of the roles that I play as being a part of any particular genre, per se. I just think of them as people in what are usually complicated situations who are trying to live their lives in the only way they know how. But I will say that this particular genre, the thriller comedy, is right up my alley. I enjoy doing comedy and I also enjoy giving people a bit of a jolt every now and again.

Q4) If you had to pick out any other role for yourself in the movie, who would it be?

The characters are all so fun and specific, which is why it was such an actor friendly movie. Seana is an actor herself, so she wrote characters for all of us to sink our teeth into… pun intended. I loved playing Sylvia, but if I had to pick another role to play, I would say Larry. He had a lot of rich and interesting moments, and of course Rob played it beautifully. 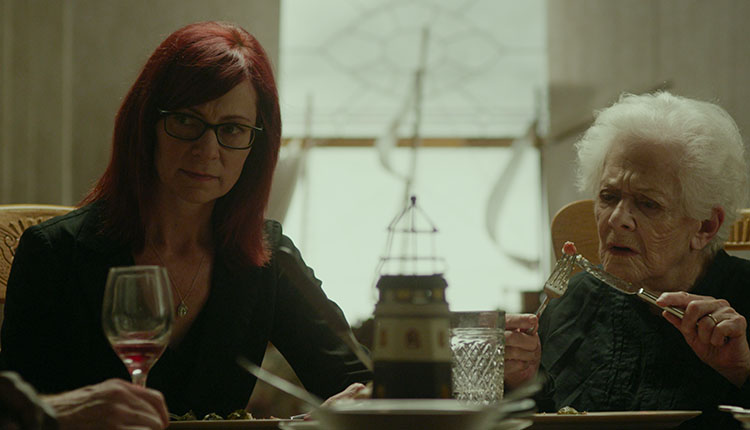 Q5) What were the most difficult scenes to do in the movie?
I would say the scene outside that involved a shovel and a gun and a lot of dialogue gave me a lot of challenging and juicy things to juggle!!
Q6) What did you think about the ending?

I think the ending gives the audience a lot to talk about and to digest, which is the mark of a really fun, intellectual and successful thriller. I hope the audience enjoys contemplating it as much as I enjoyed doing it!

30 Miles From NowhereCarrie PrestonExclusive Interviews
0 764
Share
Subscribe to our newsletter
Sign up here to get the latest news, updates and special offers delivered directly to your inbox.
You can unsubscribe at any time